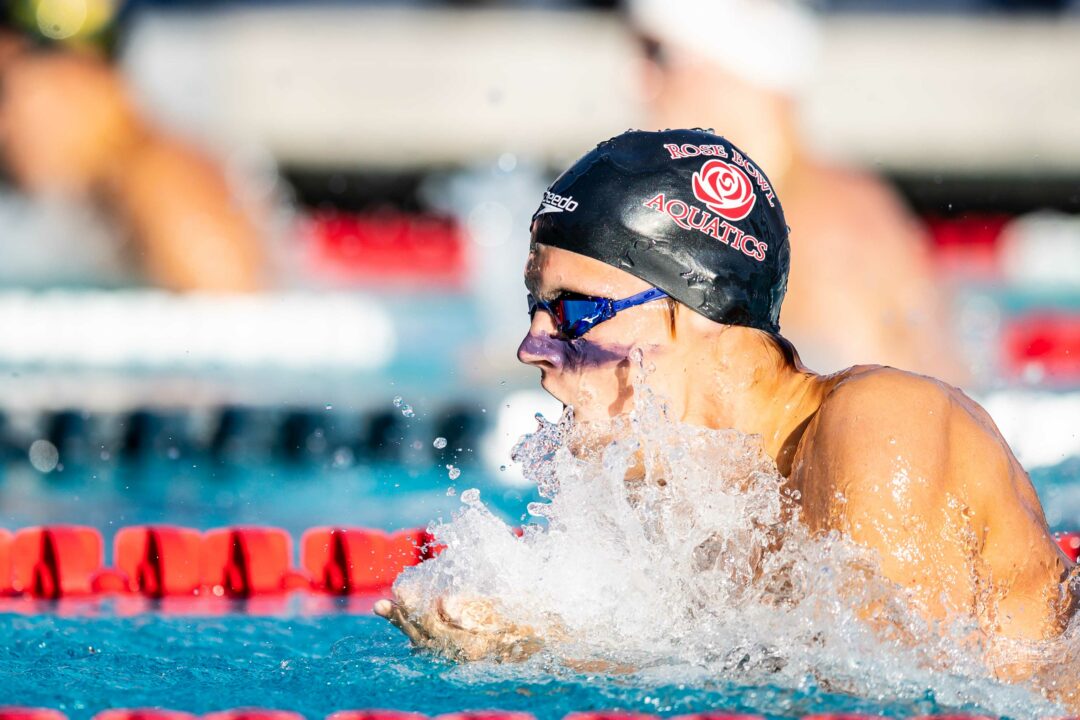 USC freshman Chris O’Grady has entered the NCAA transfer portal, allowing him to speak with coaches from other programs about the possibility of transferring. Reminder: when a swimmer enters the transfer portal, it doesn’t mean they must or they will transfer, it simply means they’re allowed to explore their options at other programs. O’Grady entered the portal on March 31, which is notably before USC announced Lea Maurer as the new head coach of the program. It’s possibly that the announcement of Maurer as the permanent head coach could impact O’Grady’s decision in either direction on whether to stay or leave.

Another USC freshman, Daniel Matheson, recently entered the transfer portal as well. Matheson was USC’s highest scoring swimmer at Pac-12s this year, and both he and O’Grady were NCAA qualifiers. The season was mired in controversy at USC this year, as Jeremy Kipp was placed on administrative leave early in the season. Maurer took over as interim head coach and Kipp later resigned.

In his freshman season, O’Grady made his mark on the Pac-12, taking 2nd in the 100 breast at the conference championships, 5th in the 200 breast, and 22nd in the 200 IM. He then went on to NCAAs, where he qualified for the B final of the 200 breast, finishing 16th overall.

Here are O’Grady’s SCY personal bests in his top events:

At least USC had the courage to get rid of Kipp unlike UCLA who keeps a coach that was investigated for mistreating her swimmers.

These USC transfers seem weird to me. Both these kids had not good but great freshman seasons and almost the whole team swam well. Are they really unhappy about the coaching hire? Like I say, seems weird. Peope are commenting about high costs and tough neighborhood around USC but you’d think these kids would have known about that before they showed up. I know these are individual decisions that happen for all kind of reasons but Matheson & O’Grady make me wonder what’s going on.

Michigan would honestly be the perfect spot for him with a huge breaststroke spot to fill.

Very little people are looking to transfer to Michigan at this point, its a simple issue of reading the room

Two great swim programs on the decline. Michigan with great teams going back eighty or more years and USC with top teAms dating back well over 60 years. Bottom needs to stop the slide now before it gains momentum and becomes difficult to reverse.
USC has a chance for a fresh start but losing their best freshmen is not a good way to begin. USC should be able to do better recruiting the top California talent. Are they hurt by the deplorable conditions found in downtown LA?

“Deplorable conditions” of a college town with endless wealth, sure.

Have you been to LA or the area around USC? It’s not that great

around USC area is not that great but tuition is still super high, and inside USC is as good as an ivy league good

I literally went there and live in LA now. If you think the area by USC is the inner city, you haven’t been to an inner city.

Its really expensive also and it has an inner city vibe that your country club swimmers aren’t going to be happy about.