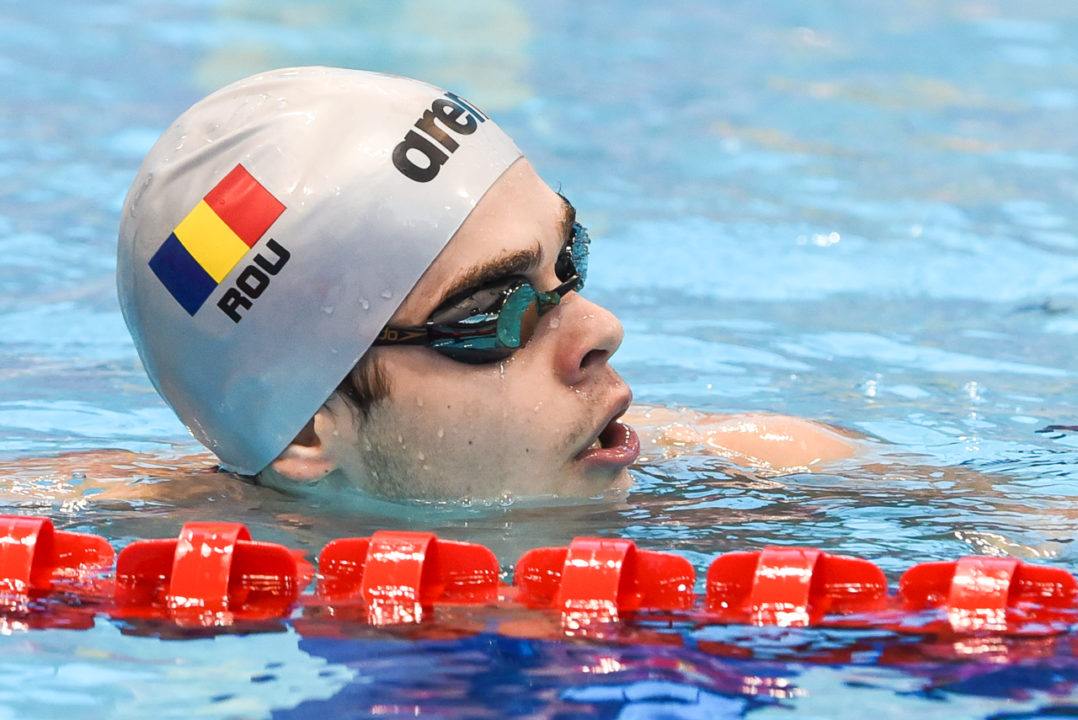 Glinta holds multiple Romanian national records, and had a career highlight with an 8th place finish in the Olympic final of the 100 back in Rio. Archive photo via Peter Sukenik/www.petersukenik.com

The USC Trojans have wrangled in elite Romanian backstroker Robert Glinta to join up with their program this fall. Glinta holds multiple Romanian national records, and had a career highlight with an 8th place finish in the Olympic final of the 100 back in Rio. He was also the 2015 World Junior champion in the 100 back.

“I’ve set my mind on USC for a while now…. knowing me I really think that I will fit just right in their roster.”

Glinta first got significant international attention for that World Junior title in 2015, a performance that set the tone for his position on the world stage as an elite backstroker. That winter at the European SC Championships, he set the World Jr record in the 100 SCM back (which has been since bettered). Then, at the Rio Olympics, Glinta squeaked into the final of the 100 back, winding up 8th in that race.

Following the footsteps of Australian youngster Kyle Chalmers, due to unfavorable medical test results that haven’t yet been identified, Glinta will be sitting out Worlds this summer. Despite having to stay out of the pool for a couple of months to rest, Glinta told SwimSwam that he would be joining the Trojans this fall with their class of 2021.

His converted times, considering he’s an Olympic finalist, don’t look to tell the full story here. There’s never a perfect predictor for how foreign athletes will translate into short course yards, but considering Glinta is a two-time SC Worlds finalist, he should be able to put down some strong times for the Trojans. His conversions would’ve placed him 3rd on USC’s 2016-17 top times list in both backstrokes, and they would’ve landed him in B finals in both the 100 and 200 back and the 100 free at 2017 Pac-12s.

He joins Nikita Tretyakov, Justin Nguyen, and Jake Sannem in the Trojan class of 2021.

Can he challenge Murphy?

0
-5
Reply
JP input is too short
Reply to  Hswimmer

Doesn’t need to, Murphy is done with his eligibility. Can he challenge Shebat? Maybe.

Wow, this is crazy. Normally Olympic finalists don’t don’t leave their countries and current training programs, which makes this even more shocking. Also those conversions are brutal. Probably closer to 21.2, 45.3-45.5, and anywhere from 1:39ish-1:41.0

Well that’s a big get.

Karl – are you sure you got the converted times from LC to scy? I know this is a dead horse, but those converted yards times are laughably slow.

I used the SwimSwam converter, just double checked and those are the numbers from LCM to SCY. He seems fully capable of a 45-mid or faster, though. Either way, it’s a big get for USC!

Those backstroke conversions are way too slow.