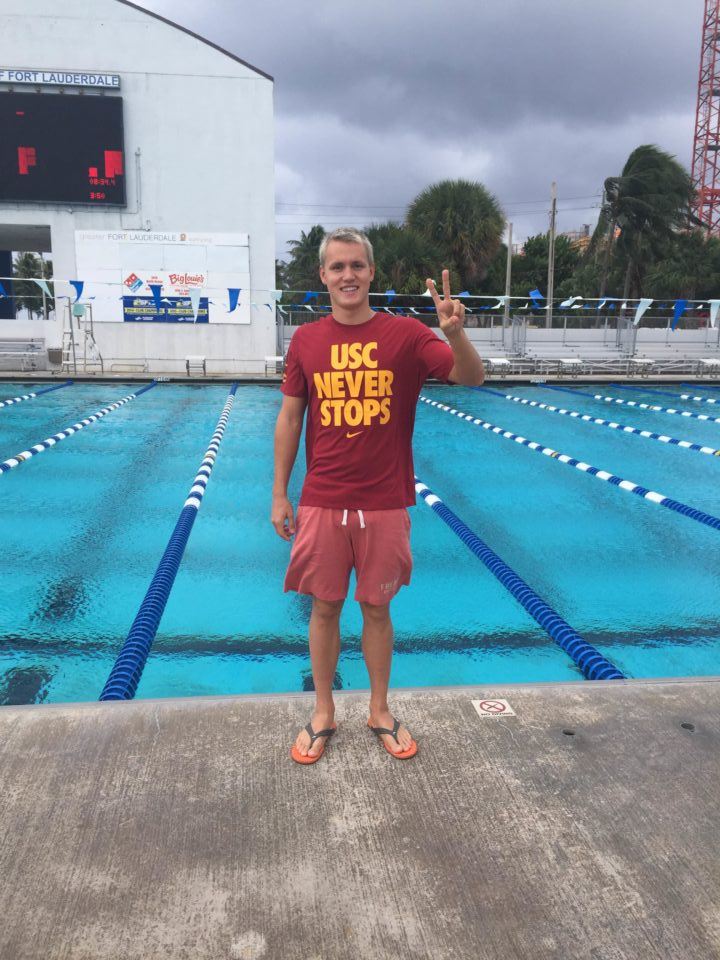 Nikita Tretyakov, a Russian Junior National champion who swims at Swim Fort Lauderdale, has verbally committed to the University of Southern California for 2017-18. Current photo via Nikita Tretyakov

Nikita Tretyakov, a Russian Junior National champion who swims at Swim Fort Lauderdale, has verbally committed to the University of Southern California for 2017-18.

“I was there on recruiting trip. The team and coaches were so nice with me. I really like the swimming pool and weather there. I think this is the best place for me.”

Tretyakov is from Izhevsk, in Russia’s Udmurt Republic. As he explained to SwimSwam, “I am living in Fort Lauderdale and studying online in Russian high school (homeschool). I have been swimming in Swim Fort Lauderdale for 3 years. I am working with Dave Gibson and I think we are doing a great job together. I swim everything: Individual Medley, Butterfly, Backstroke, Freestyle. My Breaststroke is not as fast as other styles but I am trying to improve both my technique and my speed.”

Tretyakov’s strength is in his breadth. His best times are:

He will join Jake Sannem, the only other verbal commit to the Trojan class of 2021 that we’ve seen thus far.

Go Trojans! Nikita will be the next Vlad

lets calm down there sparky