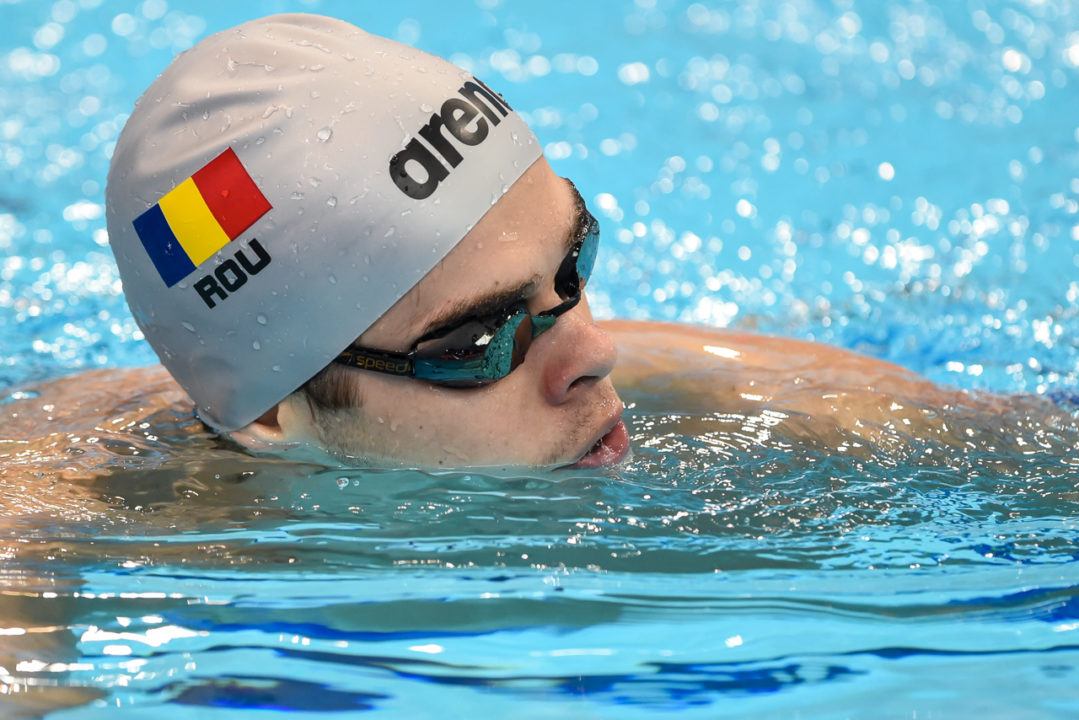 Romanian Robert Glinta is out of the 2017 World Championships. Archive photo via Peter Sukenik/www.petersukenik.com

The Romanian Swimming Federation has announced that 2016 Olympian Robert Glinta will be out of the pool for about 2-3 months and subsequently miss the upcoming Romanian Nationals and World Championships.

He has reportedly received unfavorable medical test results, and though the prognosis cannot be firmly determined yet, he will be out of the pool until all of problems are removed.

Camelia Potec, former Olympian and current President of the Romanian Swimming Federation, commented on Glinta, stating that with the Olympic cycle just beginning, it’s important to take time off now to fix any issues so Glinta can fully focus towards 2020. This was the same mentality for the Australian brass when it came to Kyle Chalmers withdrawing from Worlds this summer as well.

“Our goal for Robert Glinţă is successful participation in the Olympic Games in Tokyo in 2020. Therefore, still in the first year of the new Olympic cycle, we can sacrifice any competition for him to recover to normal parameters”, said Potec (translated from Romanian).

Glinta also added, translated: “I try to do my best to get back as quickly into the pool, but this depends on how you respond to the recovery period. For the end of the year my goal is to participate in the Short Course European Championship. Of course I regret that I cannot participate at the World Championships in Budapest, where I’ve already qualified, but we must look at things in a broader time horizon. “

Glinta has steadily been on the rise, qualifying for the 100 back final last summer in Rio, placing 8th. To make the final, he put up a national record of 53.34 in the semi-finals. He has had plenty of international experience still relatively early in his career, and was the World Junior champion in 2015 in the 100 back.

Camelia Potec is not just an “Olympian”, she is an Olympic Champion in 2004.