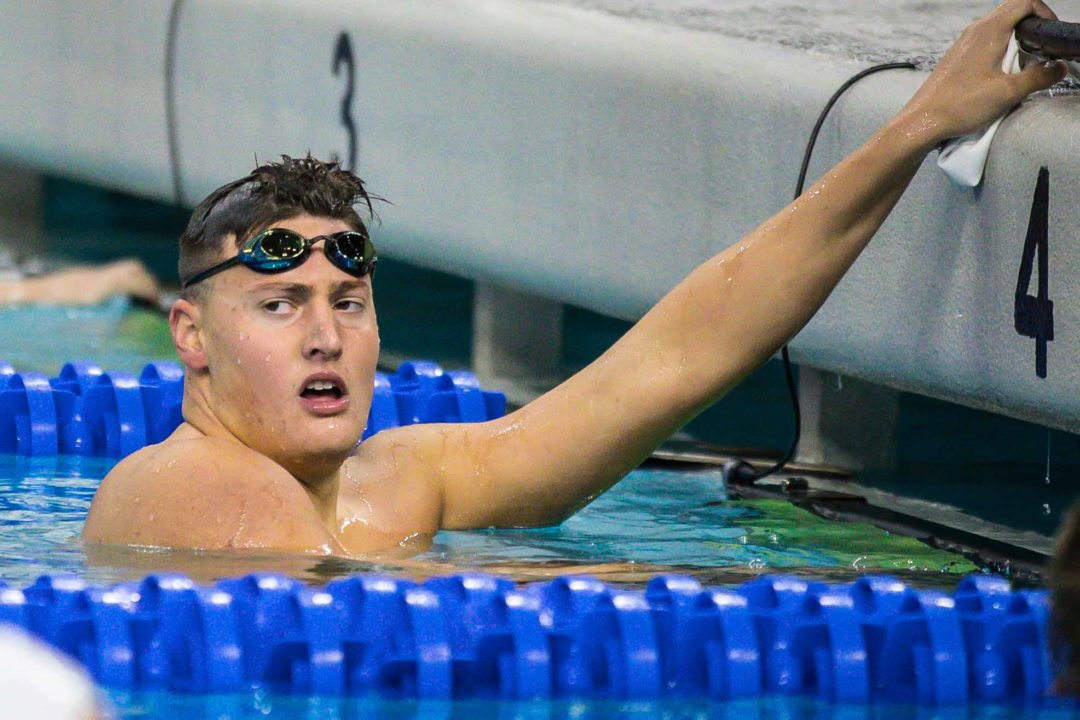 With the 2022-2023 season about to get underway, USC has announced Brooks Fail as an assistant coach–the final addition to their coaching staff

Also a CSCAA Scholar All-American, Fail earned a bachelor’s degree in Education with a minor in recreation and sports.

“Brooks is one of the toughest athletes around and a tremendous team leader,” said head coach Lea Maurer. “What impresses me most about Brooks is the great person that he is. I believe he will prove to be a great coach and we couldn’t be more pleased to have him joining our staff.”

He’ll be alongside a familiar face on pool deck, as USC’s new associate head coach Peter Richardson previously held that same role at Arizona. Along with Maurer, the coaching staff also includes assistant coaches Kevin Rapien and Meghan Hawthorne, who are holdovers from last year’s staff.

USC is a combined swimming program, so it seems safe to assume that Fail will be working with both the men’s and women’s distance swimmers.

Good for Brooks. Disappointing for swimming. Feel for a lot of coaches out there. Just question how wide of a net was cast on a hire like this.

Seems like a great kid, but getting a power 5 role as an actual assistant (versus VA for example) with zero coaching experience is disrespectful to those hustling to climb into this space of an industry. However, good luck man! And good luck to the Trojans this season.

Yet again, no coaching or work experience (for that matter) warrants a full time asst job of this caliber? Sorry but swimming in colllege at a high level dosent cut it for a position like this with absolutely no experience (of any kind).

he has education degree so he is not just jumping to unknown, but i get your sentiment, seems that swimming is more and more about connections, not about previous results.

Does this mean he is retired?

Sounds like an excellent hire and would give Trojans a “marquee ” name in distance swimming coaching. Now we need to recruit the distance swimmers that match the caliber of the coaching. Logical starting place would be a short distance away in Las Vegas where distance elite distance swimmers blossom every year at the Sandpipers club.
USC also raided Arizona for grad transfer Aria Bernal from the portal. Was a D1 point winner in the backstroke. Fills in the gap from Jade Hannah leaving.

My only complaint about Jeff is that “Fail” is not a good name in the coaching profession! USC swimmers need positive-impression swimming names like Jeff FLOAT and not so much for Joe and Mike BOTTOM. 😉

Probably offered more money but there is a big difference in cost of living. In LA a house that cost 350,000 in Tucson is around 800,000 to 900,000 in LA. Probably because he is young he doesn’t really care yet to own property. The problem in Arizona is Maricopa County where Bob Bowerman is, is the main area with population in Arizona. Tucson is al little over 1 million but not as big as Phoenix around 4.5 million and La near 10 million. In fact Pinal is Arizona next major metro areas after Phoenix or Tucson but doesn’t have a college like Flagstaff which is Northern Arizona university.

Is this an answer to a phantom question?

Do you have a break down on average age of the homes and cost per sq foot?

Oh and when county did updates on the utilities, if fiber has been layed, age of sewer system?