USC Cornering the Market on Breaststrokers: Gets Commitment from Local Talent Kirsten Vose 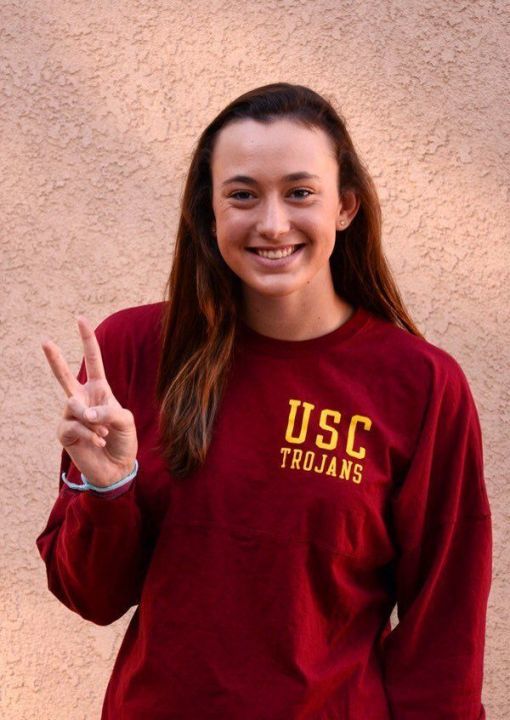 The latest breaststroker to commit to the Trojans is Southern Californian Kirsten Vose.

USC has been quietly gathering up the breaststrokers from the class of 2015. First it was Maryland’s Carsten Vissering and Marin County’s Riley Scott; now it’s Southern California’s Kirsten Vose, who made her commitment to the Trojans today.

Vose also swims for Rose Bowl Aquatics in Pasadena. She is a 2016 Olympic Trials qualifier in the 100m breast, and just a fingernail off in the 200m breast. She is also a Junior Nationals-level sprint freestyler and IMer. Vose made significant leaps in breast and IM from freshman to sophomore year. From sophomore to junior year she had huge drops in freestyle. Her best times over the last two seasons are:

Vose will enter a Trojan squad that will have just lost its big breaststroke scorers. Kasey Carlson was a consistent A-finalist in the 100 breast at NCAAs, while Andrea Kropp has given the Trojans A points and B points in the 200; both will have graduated by the time Vose and Scott begin their four years. Plus, they will be outstanding training partners for one another.

Trojan coach Dave Salo looks to be putting together a group that will not only add strength to USC’s intercollegiate campaign, but will also form a strong training peer group leading into the 2016 US Olympic Team Trials.

Very talented girl, and another CIF-SS Div I champion going to USC or Cal or Stanford. Hint for other programs, you go down there and attend that meet in person.