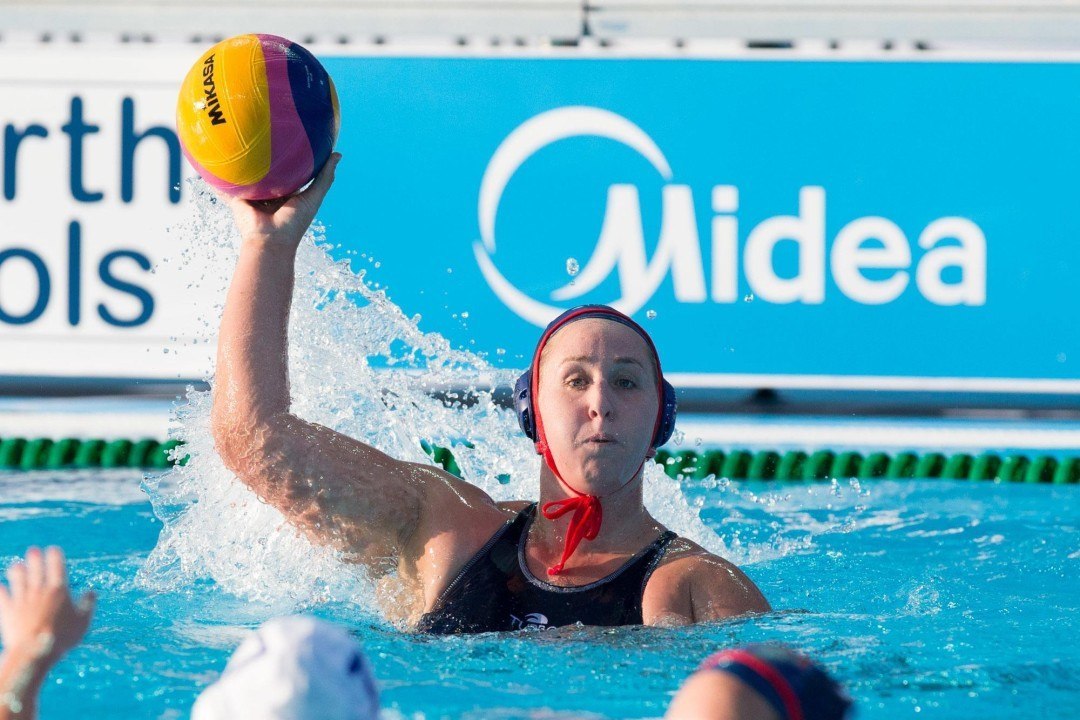 15 athletes have been named to the USA Women's Senior National Water Polo team roster for the FINA World League Super Final. 13 athletes will be selected for competition prior to the start of each match. Current photo via Tim Binning/TheSwimPictures.com

IRVINE, Calif. – USA Women’s Senior National Team Head Coach Adam Krikorian has announced the team roster for the upcoming FINA World League Super Final. The event, set for June 4-9 in Budapest, Hungary is the first of three 2020 Olympic Games qualification events in 2019 for Team USA. For the first time in women’s water polo, the Super Final champion will earn a berth to the Olympic Games.

15 athletes have been named to the Team USA roster with 13 athletes selected for competition prior to the start of each match.

Team USA will open play against Hungary on June 4 followed by matches against Canada and Russia to close out group play. The final is set for Sunday, June 9. All matches will stream live on subscription service FINA TV and can be accessed by clicking here. In addition to this event other Olympic qualification opportunities in 2019 include the FINA World Championship in July and the Pan American Games in August.