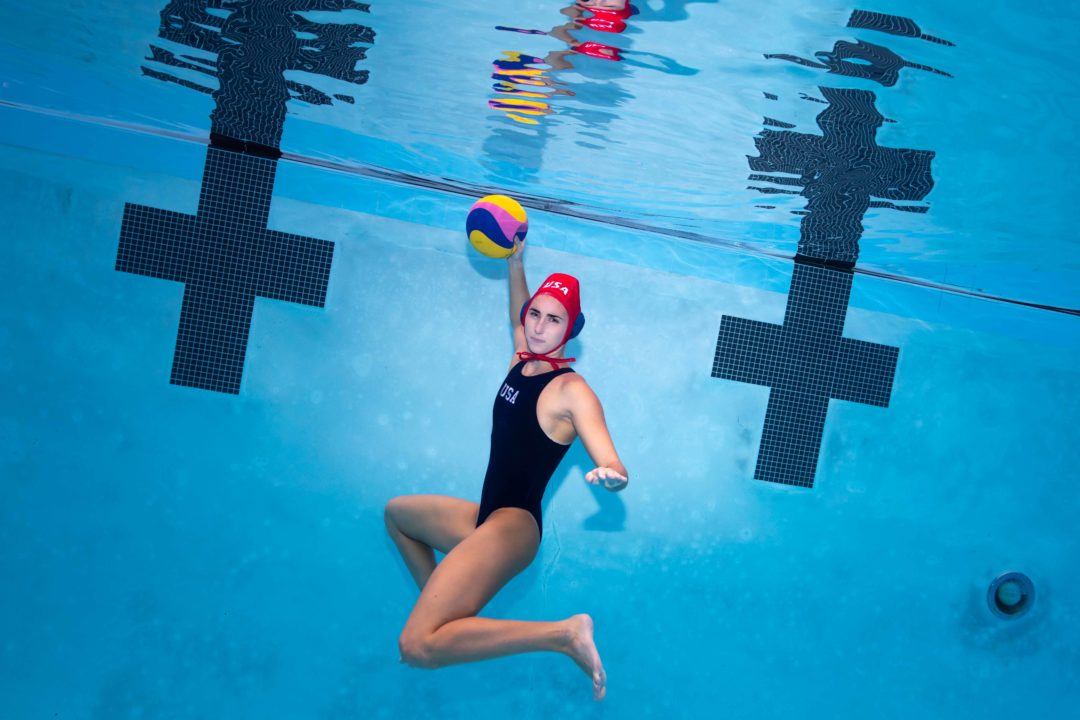 The USA Women's National Team opened play at the FINA Intercontinental Tournament in Perth, Australia with an 11-5 win over China and an 18-7 win over Japan. Current photo via Mike Lewis/Ola Vista Photography

PERTH, Australia – The USA Women’s National Team opened play at the FINA Intercontinental Tournament in Perth, Australia with an 11-5 win over China. Rachel Fattal (Seal Beach, CA/UCLA/SOCAL) scored three goals to lead the offense with Ashleigh Johnson (Miami, FL/Princeton/NYAC) picking up the win in net highlighted by a penalty shot save. Team USA now prepares to meet Japan on Wednesday at 5am et/2am pt. All matches will stream live via subscription service FINA TV and can be accessed by clicking here. For the complete Team USA roster and schedule, click here.

The match was tied 3-3 early on before Team USA took control in the second and third quarters, outscoring China 7-0 to claim a 10-3 lead going to the fourth. While China added two goals in the final period, Team USA had done enough to secure the win at 11-5. The United States struggled on the advantage going 0/3 on power plays while converting on two penalty shot attempts. China went 1/8 on power plays and 2/3 on penalties.

March 27 – USA 18 Japan 7Perth, Australia – March 27 – The USA Women’s National Team picked up their second straight win at the FINA Intercontinental Tournament with an 18-7 victory over Japan. Maggie Steffens (Danville, CA/Stanford/NYAC) led a balanced attack on offense with three goals while Gabby Stone (La Jolla, CA/Stanford/SD Shores) picked up the victory in net. Team USA closes out group play on Thursday against New Zealand at 10:45am local time. The match will air on Wednesday night in the United States at 10:45pm et/7:45pm pt. All matches will stream live via subscription service FINA TV and can be accessed by clicking here. For the complete Team USA roster and schedule, click here.

Team USA jumped out to a 5-2 advantage and quickly built an 11-3 lead by halftime. They kept up the offensive intensity in the third outscoring Japan 4-1 to take control of the match at 15-4. Japan drew level in the fourth quarter matching the three goals scored by Team USA but the outcome had already been decided. Team USA went 3/6 on power plays and 1/1 on penalties with Japan going 3/4 on power plays with no penalties attempted.

“We are happy to get the win, but (there are) lots of things to improve on,” said Steffens. “Today we were just focusing on trying to play our game and wanted to play good defense. Japan did a good job of countering and getting some good goals. Moving forward we want to have better defense, which gives us a focus for the next game. We have some new girls in the team; we are loving having the young girls play — we have all been in their shoes in the past.”