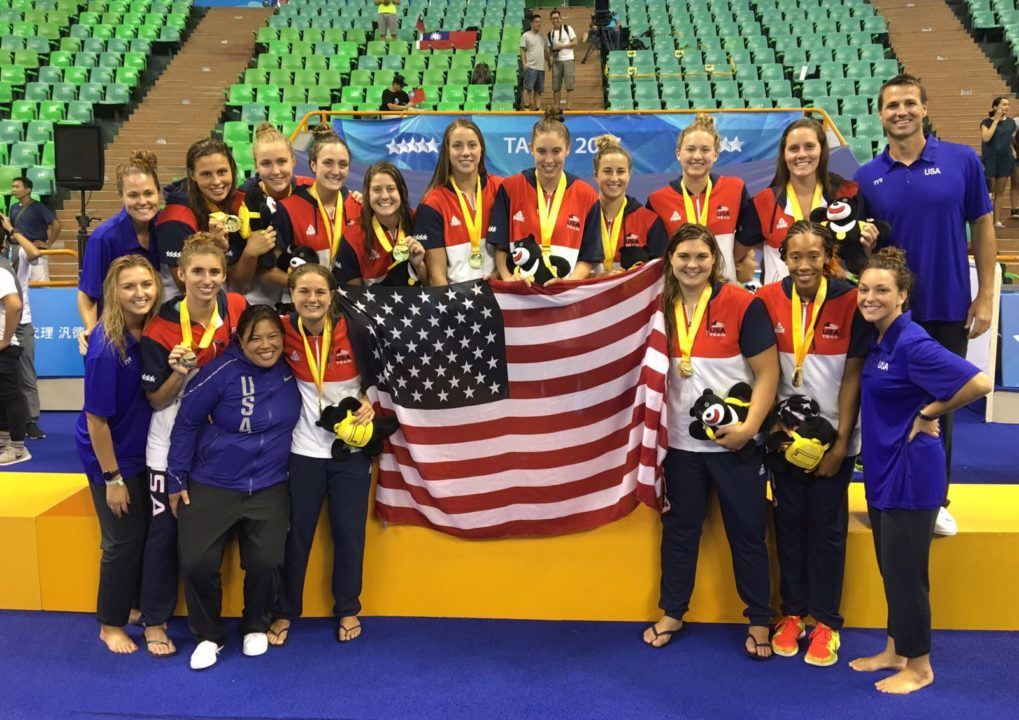 The 2019 World University Games water polo matches will be contested at three locations around Italy:

The American women won gold at the 2017 event in Taipei, topping Hungary 16-9, with a roster including Stanford players Kiley Neushul, Jamie Neushul and Gabby Stone and Arizona State’s Mia Rycraw.

Japan took the bronze with a 12-11 win over Russia.

In 2015 in Gwangju, Australia won the gold followed by Canada and Russia. In 2013 in Kazan, Russia stood atop the podium, Hungary took silver and Italy grabbed the bronze.

In 2015, Hungary captured the gold, followed by Italy and the United States. In 2013, Hungary earned top honors with Russia and Serbia earning the silver and bronze respectively.

The 10 teams per gender have been divided into two five-team pools. The top five teams from the previous World University Games plus the host country are automatically qualified, while the bottom three teams are replaced each cycle. Two wild card teams are selected per gender.

Both men’s and women’s action begins on July 2 two Group A and two Group B matches.