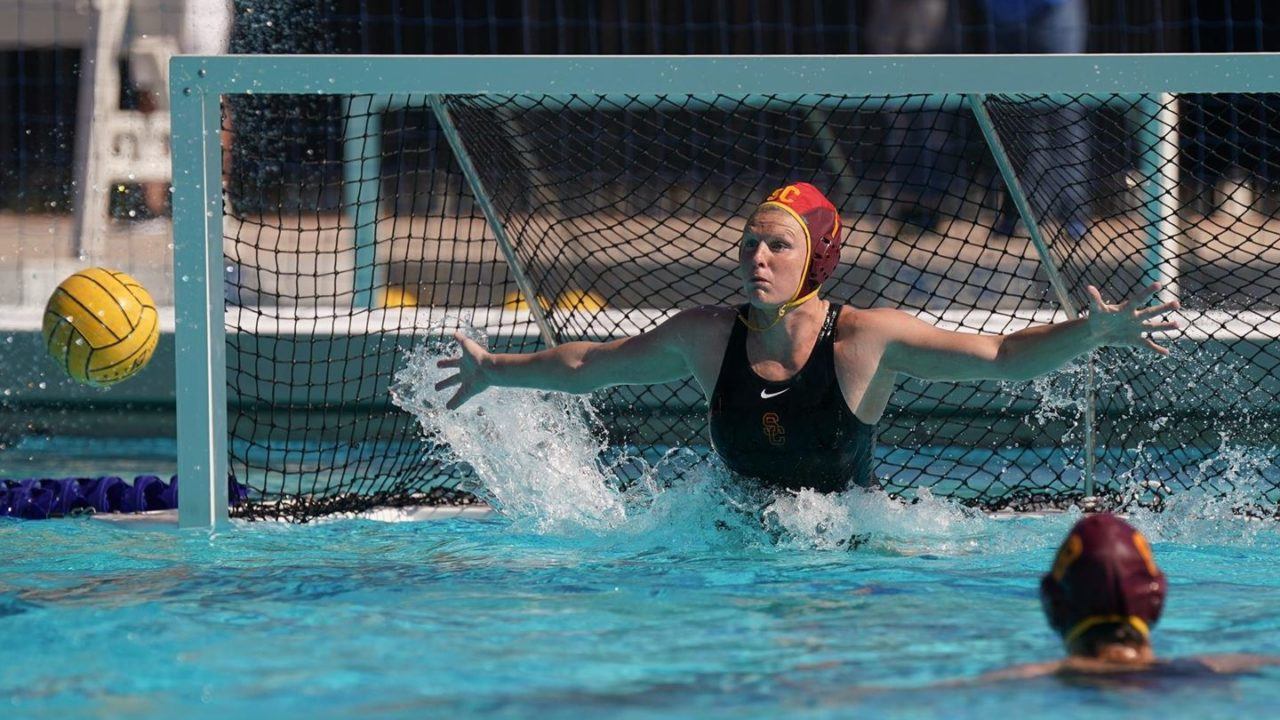 A day after a slow start in an eventual victory over Hungary, the USA Women's National Team came out strong in their 15-4 win over Canada on Wednesday at the Women's World League Super Final. Current photo via USC Athletics

BUDAPEST, Hungary – A day after a slow start in an eventual victory over Hungary, the USA Women’s National Team came out strong in their 15-4 win over Canada earlier today. Maddie Musselman (Newport Beach, CA/UCLA/CdM Aquatics) led the offense with four goals while Amanda Longan (Moorpark, CA/USC/Santa Barbara 805) piled up 11 saves on the way to earning player of the match honors. The victory puts Team USA at 2-0 thus far at the FINA World League Super Final with a match to close out group play tomorrow against Russia at 9am et/6am pt. Live streaming and replays are available of all matches on FINA TV at FINAtv.live (subscription required). This event also serves as an Olympic qualifier for the 2020 Tokyo Games with the champion earning a spot at the Olympic Games next summer. For a complete Team USA roster at the World League Super Final, click here.

Team set the tone early scoring six unanswered goals to open the match with six different scorers finding the back of the net including Musselman, Maggie Steffens (Danville, CA/Stanford/NYAC), Aria Fischer (Laguna Beach, CA/Stanford/SET), Rachel Fattal (Seal Beach, CA/UCLA/SOCAL), Kaleigh Gilchrist (Newport Beach, CA/USC/NYAC) and Alys Williams (Huntington Beach, CA/UCLA/Huntington Beach WPF). Canada got on the board with two goals in the second quarter but Team USA had an answer with three more of their own to build a 9-2 advantage.

In the second half the scoring continued with four more goals from the United States in the third quarter including two from Steffens and another from Musselman. Team USA put a cap on things with two more unanswered goals in the fourth quarter to take the match 15-4. Team USA went 5/10 on power plays and 1/1 on penalties with Canada going 3/9 on power plays with no penalty attempts.