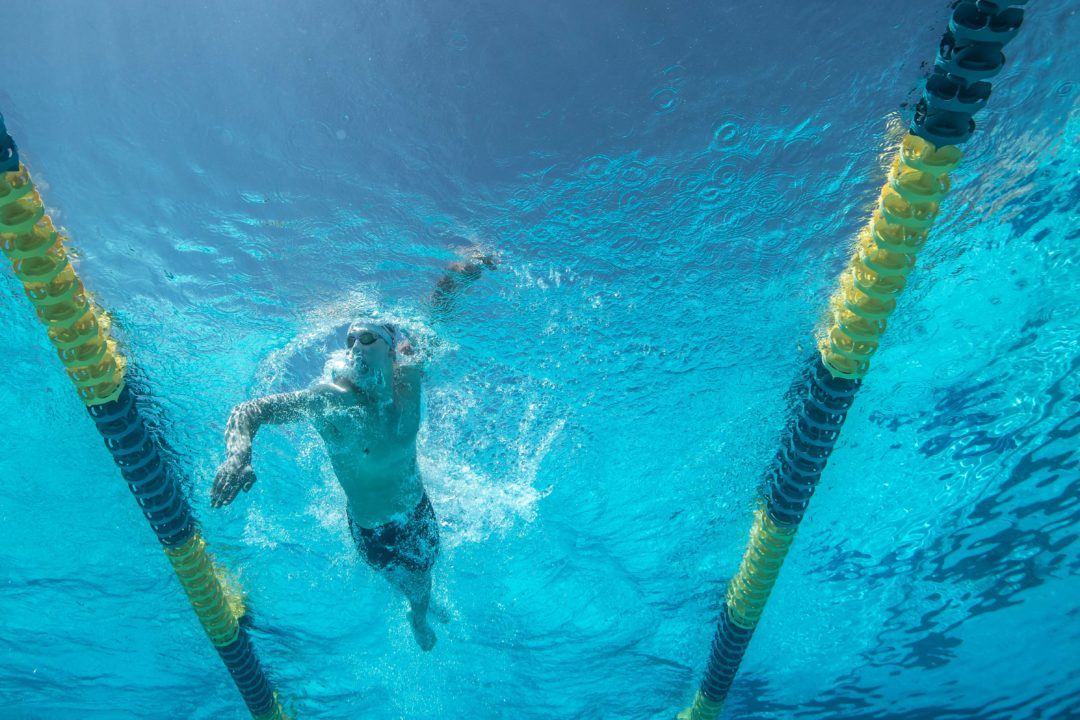 USA Swimming released a rule change on May 8th stating that their sanctioned competitions will now circle-seed the final two heats in preliminary competition of the 400 Individual Medley. Archive photo via Mike Lewis/Ola Vista Photography

USA Swimming released a rule change on May 8th stating that their sanctioned competitions will now circle-seed the final two heats in preliminary competition of 400 yard events, rather than three.

This change was implemented beginning last year but is now officially in the rulebook. To this point, the rulebook has stated that in major USA Swimming competitions, all events of a 400 yard distance have been swum with three circle-seeded heats.

The main change that this will present is the fact that preliminary heats, especially at big meets, will condense the top swimmers. The 1st overall seed will swim next to the 3rd overall seed. The 2nd seed against the 4th and so on.

This rule also only applies to relays in preliminaries. As USA Swimming Championship relays are more often than not timed finals,the change won’t cause a great impact. For meets that do have short course prelims/finals relays though, they will now be seeded according to the rule change.

The rule changes were in parts B, C, and D of USA Swimming Rules 102.5.1. Those changes are outlined below:

This seems like a stupid distinction. What is the point?

To match the way everyone else does it.