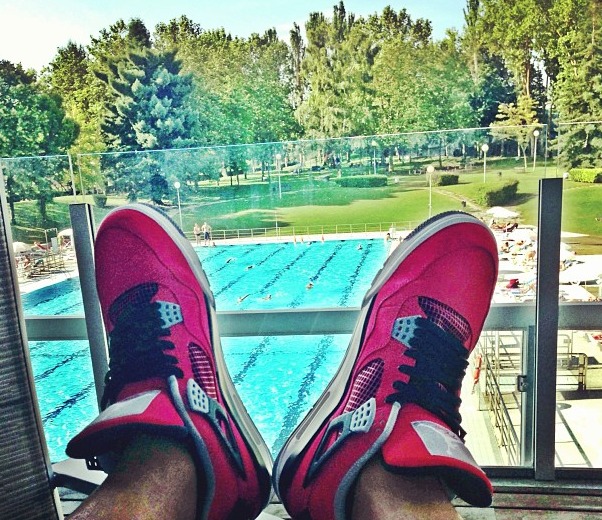 The US World Championship Team is over seas preparing for the meet in Spain. They are in Bilbao, Spain for their training camp right now and head to Barcelona on wednesday. You can follow all of your favorite swimmers on SwimSwam and on Twitter. We made all of their accounts accessible for you!

The London Olympics of 2012 were considered the Games of social media. Yes, facebook (and MySpace – remember that?) were very popular during the 2008 Olympics. But with the rise of Twitter and “Fan Pages” to dominate the scene, fans are able to interact, connect, and track the every move of their favorite athletes like never before. For the professionals, whoever wins Twitter will win the money-list.

With this new level of accessibility, the athletes take much better control over their image and their own message, and whoever can attract the most fans will garner the most sponsor attention. The athletes are already Tweeting a lot of great pictures and updates from their camp in Bilbao, Spain, and will continue to do so in Barcelona. Here are the links to all of their Twitter accounts so that you can follow them.

Let’s hope that staring at the number of followers, likers or whatever numbers of the social media doesn’t go too far. They are fun and easy but don’t tell the whole truth. Of course I do like those accounts as it makes it possible to get information on and an inside glance at the interesting aspects more easily. They clearly have a long course outdoor pool, which has no lane ropes. Sooo interesting! 🙂 It means they train every time in an indoor pool and that’s why many prefer lying on those sunloungers all the time. Anyway, if someone decides to keep himself/herself out of the social media, I hope that sponsors would understand such decisions too. Nonetheless, Megan Romano… Read more »