The Unseen Side Of Rūta Meilutytė: Film “Rūta” Hits Screens In March

Exhausting daily pre-Olympic routine of the best swimmer of Lithuania, her harsh life story and unexpected personal challenges – swimming fans will be able to see all that in the documentary film “Rūta” which will tell the story of the Olympic champion Rūta Meilutytė. Current photo via Rokas Darulis Photography, Ruta Movie 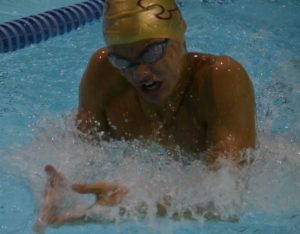 Oakton high school junior talks about a recent back injury, his favorite walkout music, and what he enjoys the most about swimming.

Courtesy of Arena and Ruta Movie. Rūta Meilutytėi is an Arena Athlete.

Exhausting daily pre-Olympic routine of the best swimmer of Lithuania, her harsh life story and unexpected personal challenges – swimming fans will be able to see all that in the documentary film “Rūta” which will tell the story of the Olympic champion Rūta Meilutytė. 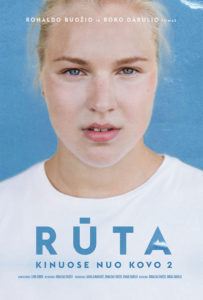 Cinematographer Ronaldas Buožis and photographer Rokas Darulis presented a trailer of the story about Rūta Meilutytė this month. It’s less than two weeks already till their film will disclose the unseen side of the young Olympic champion from Lithuania.

Viewers will get to know how R. Meilutytė prepared for the 2016 Summer Olympics and will witness stories told by the swimmer herself and her family members. The film will tell the story of her childhood, the path to the Olympic gold medal in London and other unknown details of her life.

“We seeked to tell the overall story about Rūta, not only to document her preparation for Rio. She is very inspiring and has an extraordinary personality. Her work ethics and persistence could be an example for each of us, – said R. Darulis. – Also, in order to objectively judge her performance in the last Olympic games, a broader story of her should be known. We hope that we revealed it successfully.”

Two guys behind the camera started their work during the summer of 2016, when the best swimmer of Lithuania has been preparing for Rio Olympics. According to the filmmakers, the idea for the film came quite spontaneously, when they both lived in London.

“We were contemplating about creating a movie together. Rūta was preparing for the Olympics during that time. She is our mutual friend, and we thought that it would be interesting to capture her preparation, – told R. Darulis. – It was very interesting to show, what is going on during the peak of Rūta’s career. We presented the idea to her and she instantly agreed. We didn’t know that it will take us almost two years, but now we see that it was worth it. We are happy to reach the finish line.”

Team of two started to capture Rūta’s daily life at her home, in the swimming pool and in the gym, at Plymouth, United Kingdom. R. Buožis and R. Darulis had to bear the grueling tempo of preparation for the Olympics. They had to meet the Lithuania’s swimming star at 5 am each morning in the swimming pool and to document two swimming trainings there and, after a break –  a workout at the gym in the evening. 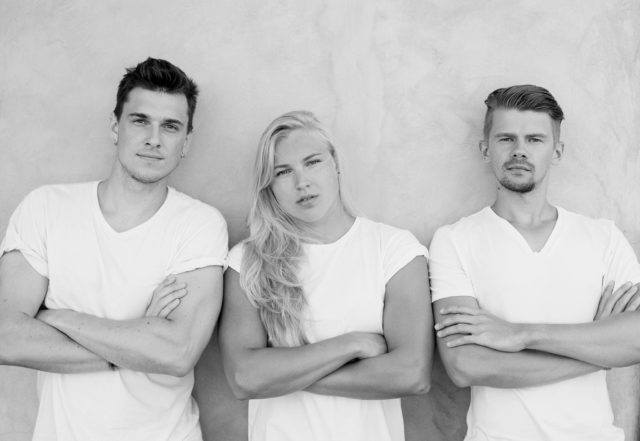 Later filmmakers accompanied Rūta in her last training camp before the Olympics, in Tenerife, Spain. Lastly, more than one year after that they met her again, in the European short course championship, in Copenhagen. Between the competitions R. Buožis and R. Darulis documented Rūta’s life in Lithuania. Some of the scenes were filmed in Kaunas, Vilnius and Nida.

On the Olympic rhythm

A regime of an athlete and other circumstances forced the film creators to work without a scenario. However, it wasn’t an invincible obstacle for them to consistently tell the story of Rūta. Team wasn’t able to forsee how R. Meilutytė will perform in the Olympics, nor they could dictate what personality of her will see their audience. On the other hand, new storylines opened new opportunities for the film creators.

“Adapting to the constant changing was one of the biggest challenges. When an athlete is still active, it is hard to predict or plan the plot of movie. So, with every change in Rūta’s life, story of the film changed as well. We continued our shoots and developed new directions of the narrative”, – that is how R. Buožis summarized almost two years of capturing R. Meilutytė’s life.

The champion of the 2012 Summer Olympics is in the middle of the preparation for Tokyo Olympic games at the moment. Both storytellers know even the finest details of her routine. The filmmaker duo captured more than 30 hours of video material. Their work is soon to become open for the public eye, as the documentary film “Rūta” hits the screens on the 2nd of March, 2018 in Lithuania. 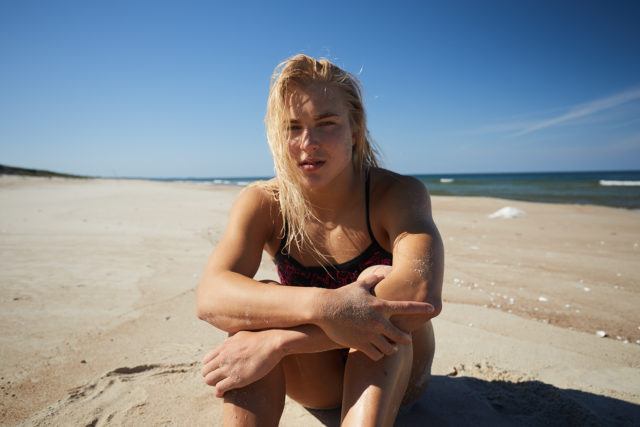 When will this be making the rounds in the states?