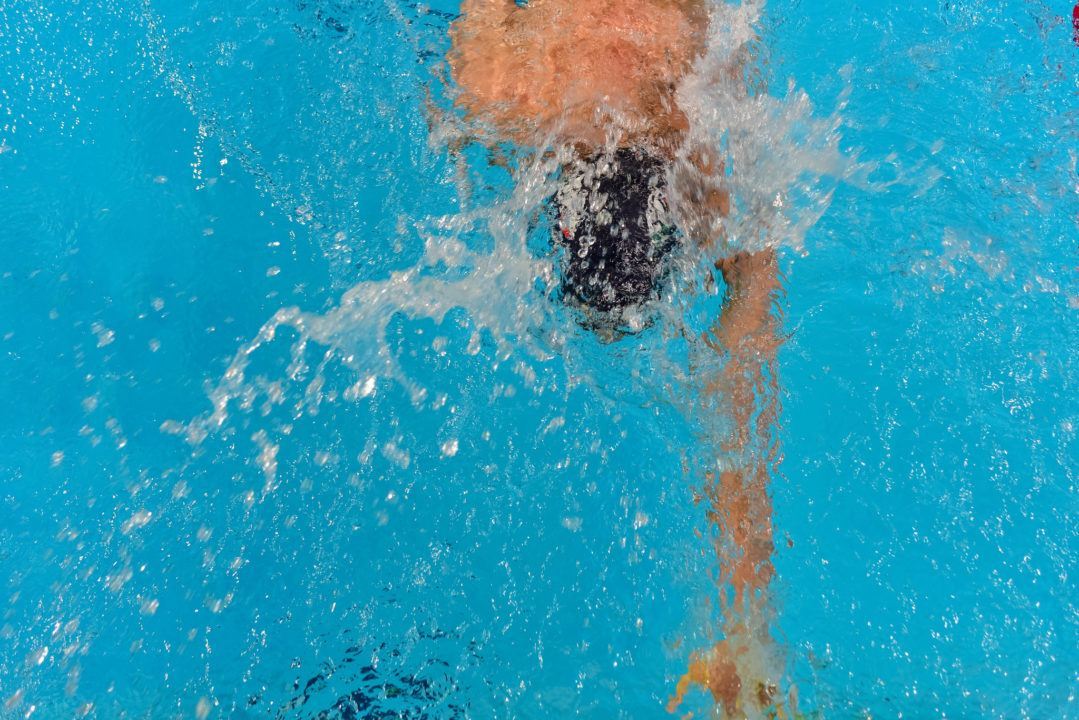 Ukraine’s Viktoriia Savtsova was in world record breaking form in the women’s 50m freestyle S6 heats on Thursday (5 May), lowering the best of her world and European champion teammate Yelyzaveta Mereshko in Funchal, Portugal. Current photo via IPC Swimming/Pedro Vasconcales

Savtsova’s new mark of 33.78 places her in pole position for gold ahead of next fastest qualifiers Mereshko (33.92) and Great Britain’s Eleanor Robinson (35.88).

“I want to swim even better this evening!” Savtsova simply said.

David Grachat (58.04) is hoping to secure the hosts’ first medal of the Championships this evening, after qualifying fastest in the men’s 100m freestyle S9.

“I’m very happy, I was not expecting this time,” Grachat said. “It’s very, very good so I’m very, very happy with my time. This is not my race, my race is the 400m freestyle, but maybe I can do my personal best and that would be superb.”

Grachat will have to maintain his form over second placed Russian Alexander Skaliukh (58.07) and Great Britain’s Lewis White (58.38) in third.

Spain’s European and world champion Teresa Perales (43.67) looks in great shape to take her first individual gold of the Championships in the women’s 50m backstroke S5, having finished behind Norway’s Sarah Louise Rung on three occasions. The Czech Republic’s Bela Trebinova (46.44) was second and Rung (47.65), third.

“It’s a personal best time so I’m really happy,” a satisfied Perales said. “I’m going to try to win because I think with this time I am able to do it.”

Nuria Marques Soto (1:07.02) and Sarai Gascon (1:07.66) could add to Spain’s medal haul in the women’s 100m freestyle S9, having gone through as the two fastest qualifiers. British European champion Stephanie Millward (1:07.71) was third.

Going for her fourth medal and second gold is Italy’s Arjola Trimi (3:07.31) in the women’s 150m individual medley SM4.

“This time for me is good for the morning,” Trimi said. “I expect to do my best time this evening, but we will see.”

Following her into the final are Ukrainians Olga Sviderska (3:07.82) and Mariia Lafina (3:08.03), with Sviderska swimming a new SM3 world record.

Paralympic and word champion Ihar Boki (4:04.23) will try for his fourth gold for Belarus as the fastest qualifier in the men’s 400m freestyle S13. Ukraine’s World Championships silver medallist Iaroslav Denysenko (4:06.18) was second quickest whilst Azerbaijan’s Raman Salei (4:18.11) was third.

“It was ok, I feel comfortable,” Denysenko said. “It was a pretty good time for the morning. I will do everything it takes to win.”

Mariia Pavlova (1:22.65) has picked up a medal in all but one event she has competed in so far for Russia but has not won gold. The 17-year-old qualified fastest in the women’s 100m backstroke S8.

Heading into this evening’s finals as the favourite to collect her fourth Open gold is Canada’s Worlds silver medallist Aurelie Rivard (2:34.48) in the women’s 200m individual medley SM10.

“It went really well, better than I thought,” Rivard said. I was not planning on going hard, just on finishing the race and just trying to keep as far as possible ahead of the Russian [Nina Ryabova] and it turns out it was a really good time.

“I’m pretty sure I can go faster tonight so I’m looking forward to it.”

Brazil’s world and Paralympic champion Daniel Dias (36.62) was happy with his qualifying time in the men’s 50m backstroke S5.

“It’s a good time for the morning and I hope that I can go even better this evening,” Dias said.

Does anyone know how Russia and the Ukraine manage to get so many swimmers competing in para swimming? usa is so far back in their number of swimmers it seems like we are doing something wrong

-There is less assistance for ‘disabled’ & the smarter ones/parents seek out ways of betterment .

-There is less scope for Victim Philosophy where a birth Doctor can be sued e.g. for Cerebral Palsy. Or insurance companies against accidental loss of capacity (& whereby they must stay as injured as possible for as long as possible) .

-As a remnant of the former USSR sports system where kids were visited in schools etc to be assessed for sporting talent. Or -approached in the street if a coach thought they looked likely .(likely to be arrested in the USA).

-Less emphasis on physical perfection in the media .

As to why swimming in particular – I suggest a traditional inclusion of water therapies in treatments . Maybe they include full pools in the recovery centres more often than the west. They certainly did in Worker Holiday Camps on the Black Sea when I visited . (I did not get to visit the Space Centre recovery centre but I believe cosmonauts were treated similarly because they could not walk .)

Certainly there is footage of WW2 soldiers being rehabbed in Nazi Berlin & The USSR took away anything that was useful.

Prior to that there is footage of a young haemophiliac Prince on a water therapy vacation with his doctors .

The Chernobyl Nuclear Plant disaster brought forth a disproportionate number of children in Ukraine and Russia with various physical issues that are now competing for the two countries. This does not account for all Russian and Ukrainian Para-athletes, but may serve as an example of how the two countries have so many athletes presently involved.