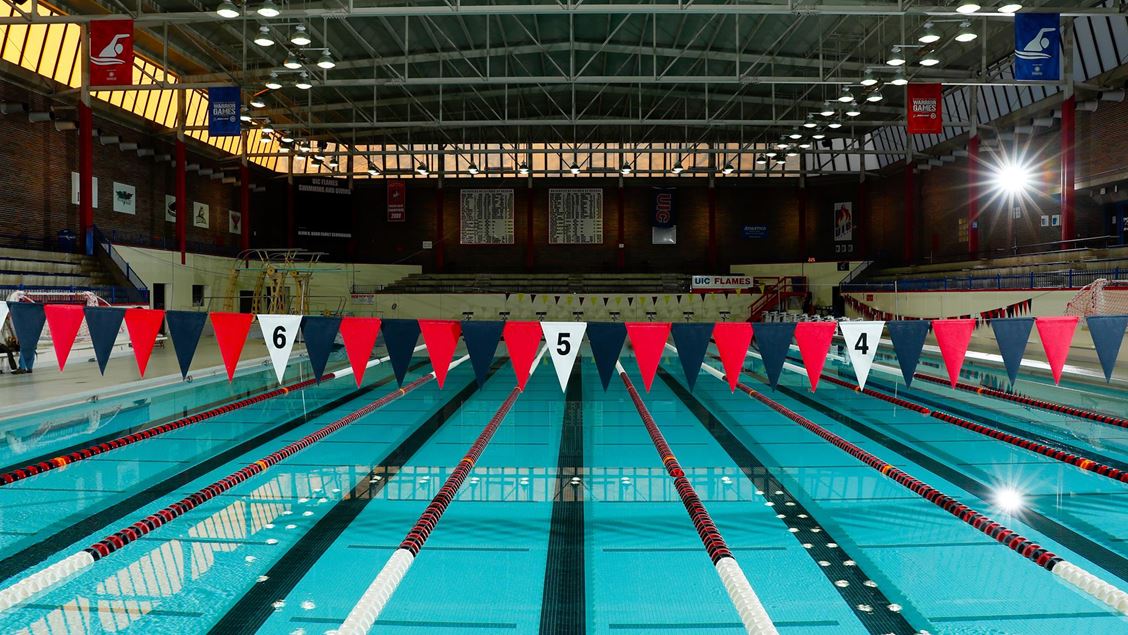 UIC swimming and diving head coach Tim Loeffler announced that Ashley Dell will be joining the staff as an assistant coach. Current photo via UIC Athletics

CHICAGO – UIC swimming and diving head coach Tim Loeffler announced that Ashley Dell will be joining the staff as an assistant coach on Thursday, pending approval by the Board of Trustees. Dell joins the Flames following stints at the University of Iowa, George Washington and Southern Methodist.

“I want to thank Tim Loeffler, Susan Bromberg, Tonya McGowan, and the entire athletic department for this wonderful opportunity,” Dell said. “I could not be more excited to join the UIC family.”

“Finding a coach with Ashley’s background and passion for this sport is exactly what we were looking to add to our program,” Loeffler said. “Adding her knowledge of UIC and the fact that this will be a homecoming for her, to say we are excited is an understatement.”

In her two years as a full-time assistant for the Hawkeyes, Dell helped coach 12 NCAA qualifiers. The 2018-19 squad swam to five school records and posted 64 top-10 times in program history, while the 2017-18 Hawkeyes set 11 school records with Dell on staff.  Additionally, The 2017-18 Hawkeyes’ 200-free men’s relay team earned honorable-mention All-America honors at the NCAA Championships, resulting in a 38th place team finish.

Prior to her time at Iowa, Dell spent three years at SMU (2014-17), where she coached 18 individual American Athletic Conference (AAC) champions and 11 AAC relay champions.  She coached five NCAA qualifiers, three NCAA “A” cuts, and 54 “B” cuts while with the Mustangs. Dell helped SMU take home back-to-back AAC championships and was a member of the 2016 AAC Coaching Staff of the Year.

“Growing up swimming for Lake Forest Swim Club, we had so many meets at UIC and now knowing that I’ll be coaching at that same pool is amazing,” Dell added. “I have known Tim for over 15 years and I cannot wait to work with him, I truly think the future is bright for the UIC Swimming & Diving program. The opportunity to come home to Chicago means the world to me and I cannot wait to get started!”

Dell graduated from the University of Iowa in 2009 with a bachelor’s degree in sport studies with a Spanish minor. She earned her master’s degree in tourism management with a concentration in sports management from George Washington in 2014.

Great hire! So proud of both of you!!!