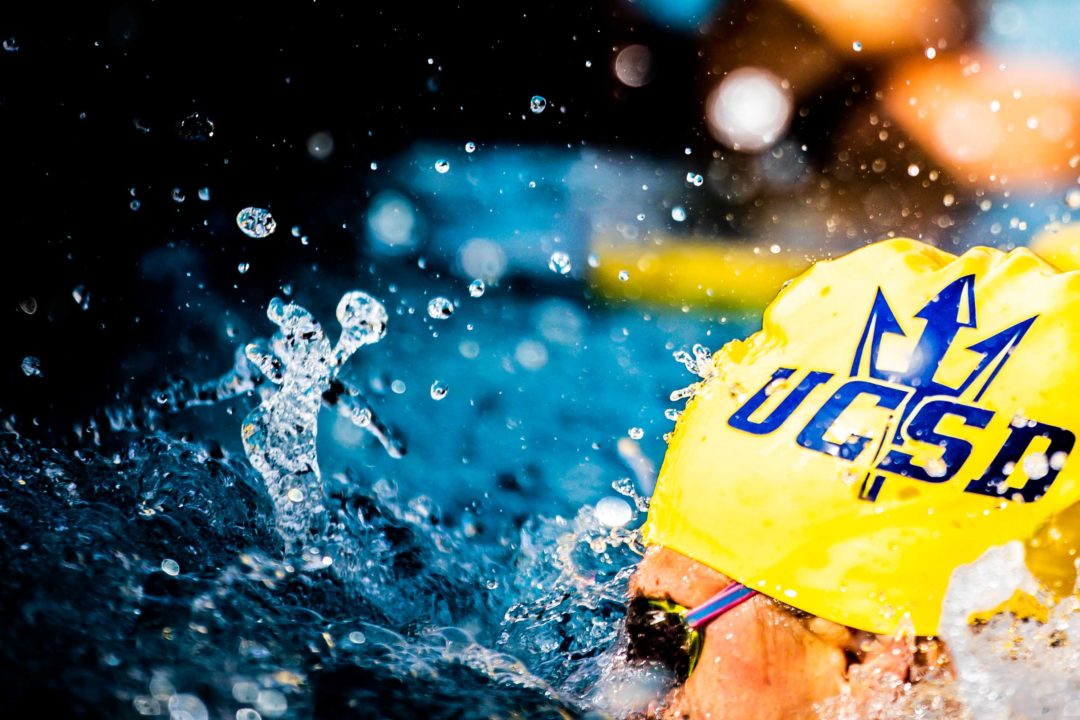 UC-San Diego announced that the swimming and diving teams will not compete this season due to the inability to provide proper safety measures for athletes. Current photo via Jack Spitser/Spitser Photography

The University of California-San Diego announced today that they will not be taking part in the NCAA season this winter. The school cited the large amounts of resources needed to provide the proper safety measures for its athletes as the main reason for the announcement.

In addition to the 7 remaining Ivy League schools with a swimming & diving program, and Arizona State, UCSD is the 9th Division I program to announce that they won’t participate in swimming & diving this season.

“This wasn’t an easy decision to make, as a matter of fact, it is very hard to lose another college competition season after the cancellation of our NCAA meet this past March. On the positive side, we believe that this is in the best interest of our scholar-athletes because we are going to continue with practice in the safe environment of our campus and focus on long course meets during this spring and summer with the conclusion of the season with the Olympic Trials meet.”

Members of the school’s team will still be allowed to train at the school’s aquatic center, as well as be provided the opportunity to compete. The team intends to host multiple intrasquad competitions to make up for the lack of other meets.

The university is currently in the first year of its transition from Division II to Division I. The move was announced in 2017, following a student body vote to increase student fees to fund the transition. The transition to Division I is set to finish in 2024.

Last season, the school’s men’s and women’s teams both finished in 4th place at the multi-division MPSF conference championship meets. The school had 10 male and 13 female swimmers qualified for their last NCAA Division II National Championship meet; that meet was begun, but was ultimately canceled midway through the second day of competition.

UCSD now joins Arizona State and the entire Ivy League in foregoing all competition during the 2020-21 season.

Arizona State announced in July that they would redshirt their entire team for the 2020-2021 season. That announcement, which came very early in the process of determining what college athletics would look like this season, came before the NCAA agreed to grant an extra season of eligibility to all 2020-2021 winter sport athletes.

The Ivy League announced in November that all members of the conference would not compete in both fall and winter sports this year. While the Ivy League’s decision impacted all sports, UCSD‘s only affects the swimming and diving teams. Other winter sports at the school, such as men’s and women’s basketball, have held competitions this winter.

Are there any schools in the north east that are having swim seasons besides BC? Also BC has only had one meet and it was an inter squad.

Thanks for the info. Looking at the college leaderboards it is funny to see the times in the top 25/50 this year. Based off that, I figured there were more than 9 not competing.

I have heard that Rutgers is redshirting a vast majority of their team this year. Only a handful of seniors will be competing. Considering the number of foreign swimmers on their team who have to deal with travel restrictions and Olympic qualifying in their home countries, it makes sense.

UCSD going to pull a fast one like the Big Ten in football? A week before Conference decide it’s okay to swim and go qualify kids for NCAA’s.. Or, is this the beginning of another Iowa and they will drop swimming at the beginning of next season???

When all is said and done, I hope someone writes the “history” of these cancellations of swimming seasons, and, parallel to that, the schools that had something that resembles an aquatic season. I’ll bet there will be more correlations than just geography. . . . . .