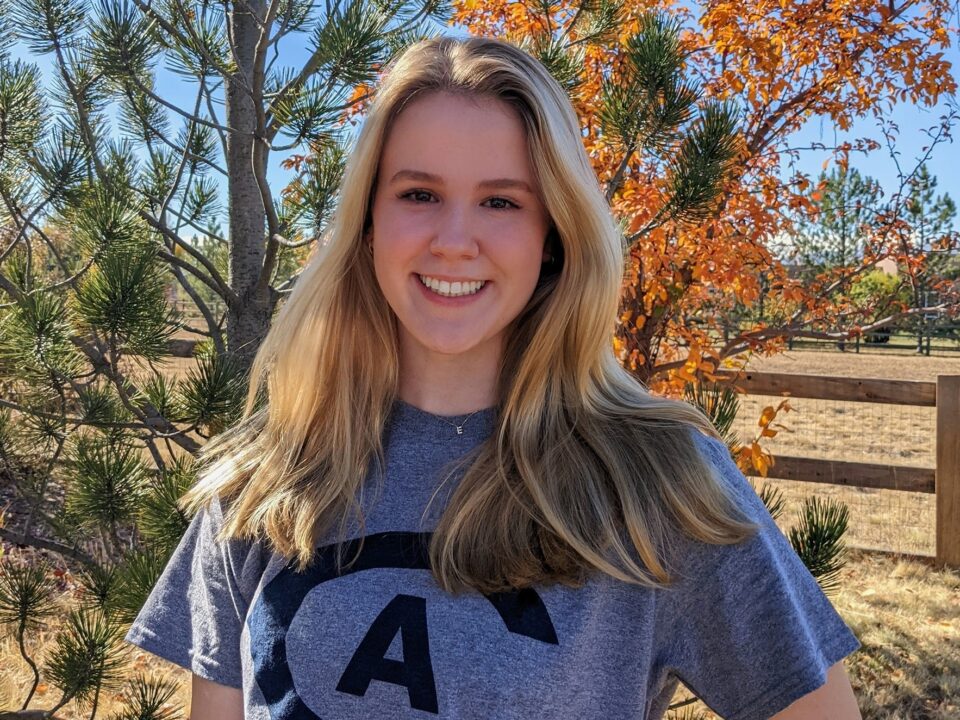 When Hermeston joins the Aggies next fall she will already hold times fast enough to score points at the MPSF Conference Championships.

After swimming in California up until high school before moving to Colorado, Emma Hermeston has announced that she will be heading back to the state she grew up in, committing to swim at the University of California, Davis next fall. Hermeston currently swims with Loveland Swim Club as well as for Silver Creek High School.

“I am so excited to announce my verbal commitment to continue my academic and athletic career at UC Davis!! I want to thank my family, teammates, and coaches for all of their support! I can’t wait to be a part of the family! Go Aggies!! 💙💛 “

Just last week, Hermeston traveled to North Carolina to compete at the TAC Titans Big Southern Classic, hitting a trio of lifetime bests at the meet. In the 100 back, she dipped below 57.0 in the event for the first time, touching in 56.90. She also added a best time in the 200 back, where she took third after dropping almost a second to finish third in 1:59.97. She rounded out her meet with a best time of 56.21 in the 100 fly.

Hermeston was a two-event finalist at the CHSAA 4A State Championships last March, taking fourth in both the 100 fly and 100 back. In the fly she stopped the clock in 56.88, while she finished the back in 57.52. Both times would be roughly a tenth faster after altitude conversion.

Hermeston is a big pickup for UC Davis in the fly and back events, with times that will put her among the program’s best. During the 2020-21 season, her best time in the 200 back would have been the fastest on the team by nearly four seconds. Last season the team was led in that race by a junior, Mia Motekaitis, who will have graduated before Hermeston arrives on campus next fall.

As a freshman, Hermeston has the potential to immediately challenge for medals at the MPSF Championships. In 2021, she would have finished 5th in the 200 back and 9th in the 100 back and 100 fly.

The Aggies are currently in their first season under new head coach Matt Macedo, who joined the program from UC Santa Barbara this year. This is Macedo’s third coaching stop in the University of California system, having previously led both UC Santa Barbara and UC San Diego. As an athlete he also competed in California, earning 20 All-American awards as a member of the Cal Golden Bears.