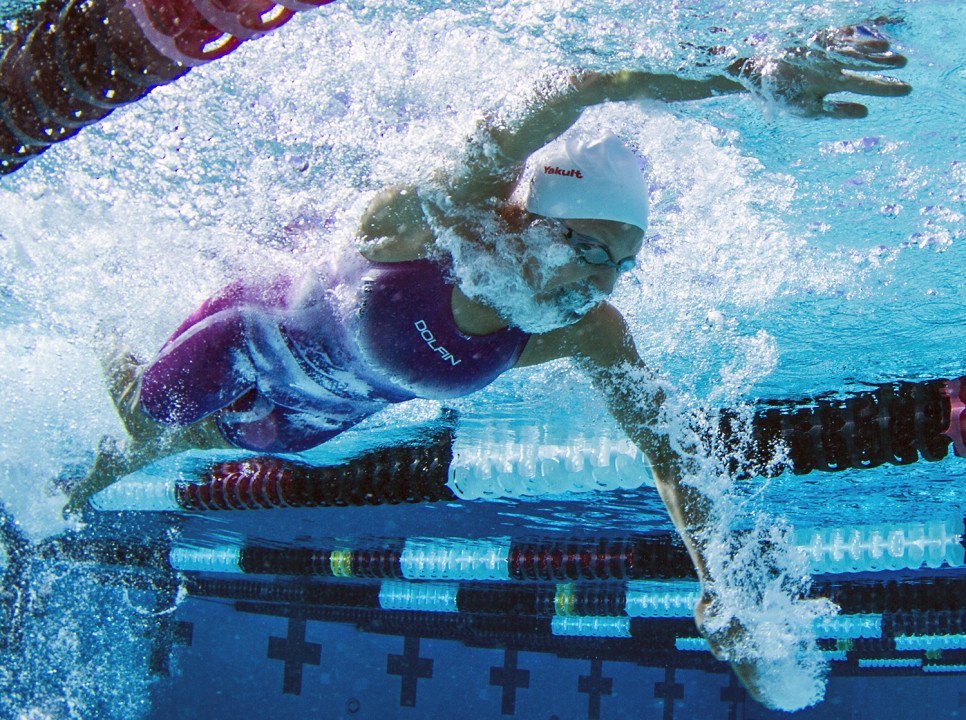 Michelle Konkoly broke the World Record in the women's 50 M freestyle at the preliminary session of Day 2 of the U.S. Paralympic Trials

Day 2 of the Paralympic Trials began this morning  at Mecklenburg County Aquatic Center in Charlotte, NC. The preliminary session concluded with one new World Record and several swimmers leading in two events.

In the women’s 50 m freestyle Michelle Konkoly set a new World Record in the S9 class with a time of 28.37. She dusted the competition, beating everyone else in her class by nearly 2 seconds. There was tough competition in the S8 class between London 2012 Paralympians Jessica Long and Mallory Weggemann. Long managed to edge out Weggemann, finishing with a time of 31.97. Weggemann came just shy of her seed time, clocking in at 32.69.

In addition to leading the 50 m freestyle going into this evening’s finals session, Long also leads the 100 M butterfly in the S8 class with a time of 1:12.70. Other double event leaders include  Alyssa Gialamas, Michael DeMarco, Ian Silverman, Bradley Snyder, Noga Nir-Kistle, and Lucas McCrory.

Competition will resume this evening with the finals session starting at 5 PM eastern time.

Michelle Konkoly: ‘Started trials off with a bang! I dropped over .7 in the 50 free to go 28.37 – a new life time best (faster than I ever was before I got hurt) and World Record!! So incredibly thankful for all the love and support from my coaches, team mates, family and friends. #no 1 ranking in the world should rank should snag me a spot on the Rio team.

This, Steve Long is your answer as to why there was no protest in Glasgow or Berlin. You’re all at it!!