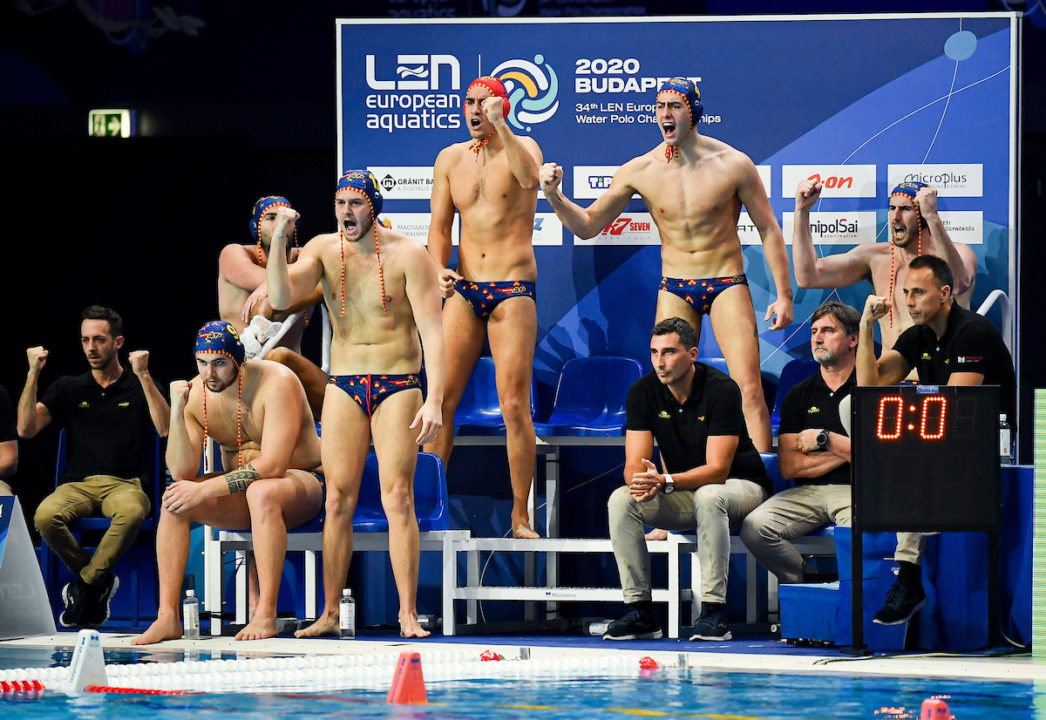 The Spaniards emerged as the only nation still undefeated after the third day of group play in the men’s Tokyo 2020 Olympic water polo tournament, while the Americans dropped their first match of the Games against Italy.

The Italians triumphed over the United States by a score of 12-11, giving them an overall record of 2-0-1 (wins-losses-draws) to clinch a spot in the knockout stage.

The U.S. jumped out to a two-goal advantage after the first quarter, and remained up by one, 9-8, at the end of the third, but the Italians scored four goals in a span of 5:31 in the fourth to get the job done.

The Americans fall to 2-1-0, now ranking fourth in the group due to having a smaller goal differential (+18) than Hungary (+26). However, with Japan and South Africa having yet to put a point on the board, the U.S. is almost assured of a spot in the knockout round.

The Greeks edged out Japan, 10-9, giving them a 2-0-1 record to qualify for the knockout stage.

Hungary handed the South Africans another decisive loss, 23-1, giving them a 2-1-0 record.

Group B: Spain Cruises Past Kazakhstan, Move To 3-0

The Spaniards defeated Kazakhstan by a score of 16-4, making them the only team still undefeated in the tournament after the American loss.

Spain has yet to mathematically qualify for the knockout round with two more games on the schedule, but a spot is all but assured.

Kazakhstan is the only team in the group having yet to record a victory.

Croatia and Serbia both improved to 2-1-0 with wins over Montenegro and Australia, respectively.

As it stands right now, the battle for the fourth spot in the knockout stage from Group ‘B’ will be between the Montenegrins and Aussies. The two teams are currently tied with two points, but Montenegro has a head-to-head victory over Australia from the opening day of competition, which is the tie-breaker (over goal-differential) if they’re tied in points at the end of the Group Stage.

The next day of action in the men’s water polo tournament comes on Saturday, featuring a critical battle between the Hungarians and the Americans. Croatia and Serbia, who met in the gold medal game in 2016 (with the Serbians winning), will also go head-to-head.