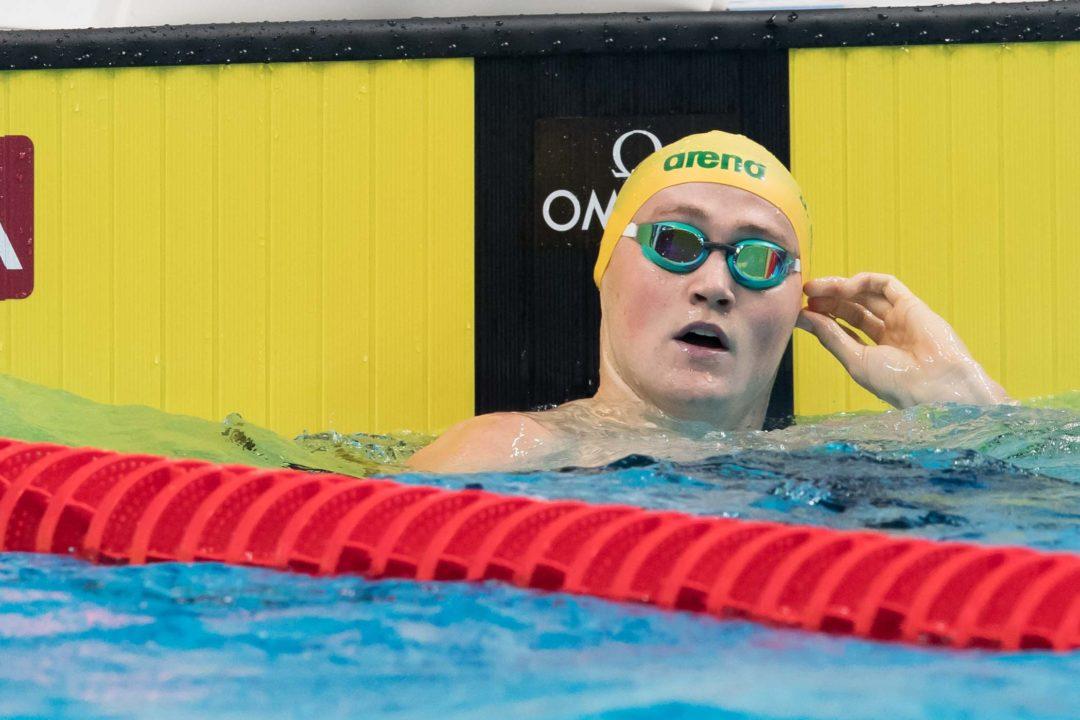 Says 2-time Olympian David McKeon, "This isn’t a goodbye to swimming by any means, this is just the start of a new chapter in my journey!" Archive photo via Mike Lewis/Ola Vista Photography

Two-time Australian Olympian David McKeon has announced his retirement from the sport of swimming.

The 28-year-old revealed his decision via social media today, saying, “After being involved in a sport that has gave me more than I could have possibly dreamed, it’s with both trepidation and excitement I announce my retirement from competitive swimming.”

Career-wise, 2011 represented McKeon’s breakout year, where McKeon took 400m free and 1500m free gold at the FINA World Cup in Singapore. He followed up with gold in the 400m free at that year’s Summer Universiade (World University Games.)

McKeon’s highest individual Olympic finish came at the 2016 Olympic Games when he finished 7th in the 400m freestyle, an event in which he also finaled at the 2015 and 2017 World Championships.

He was set to compete at the 2018 Australian Pan Pac Trials, however, he withdrew to focus on healing a shoulder injury he’d been afflicted with since October 2017. He wound up undergoing surgery for the issue in August of 2018.

Most recently, the McKeons have been involved in bushfire relief, hosting swim clinics to assist those Aussies impacted by the raging fires that struck Wollongong earlier this year.

Below is McKeon’s retirement announcement in full:

“Swimming…… who would have thought I would have been on this journey! After being involved in a sport that has gave me more than I could have possibly dreamed, it’s with both trepidation and excitement I announce my retirement from competitive swimming.

There are so many people that have helped me along my journey. Most importantly my coaches Dad, Vince and Bohly. Without the endless hours they have invested in me as a person and an athlete I wouldn’t be the man or the sportsperson I have grown to become.

Thank you to my second family, the Stockwell’s. The support and love that I have received from you since moving to QLD has been instrumental in shaping me as a young man.

Thanks also to @speedoaustralia who have been with me pretty much since I started swimming back in 2010; my support team of physio’s, psychologists, biomechanics, physiologists; and my long relationship with @au_tla

Finally, a special thank you to my sister, @emmamckeon, along with the rest of my family. You have supported, inspired, consoled, and celebrated with me through both the best and the worst of times. I love you all.

This isn’t a goodbye to swimming by any means, this is just the start of a new chapter in my journey!”

Great career for an even greater bloke. Well done Dave…

Wishing him the best in making the transition!