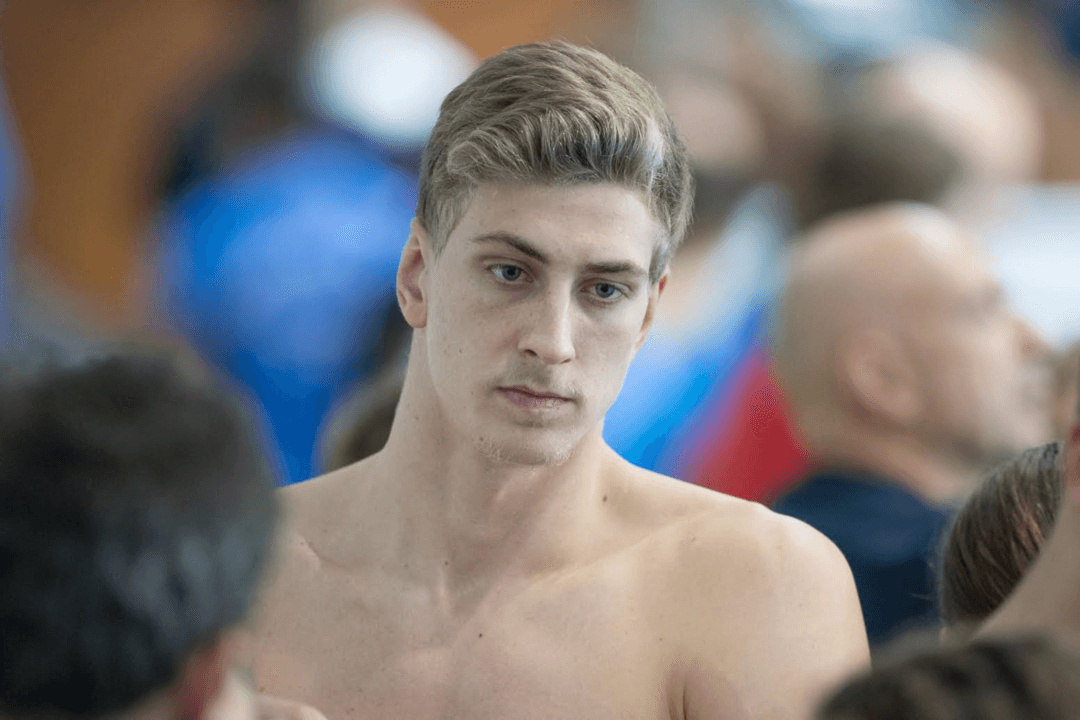 Heiko Gigler was one of three men to tie or break a national record in the 50 free on Wednesday morning at the European SC Championships. Archive photo via “Rafael/Domeyko Photography”

Wednesday morning saw another haul of National Records in prelims of the European Short Course Championships as short course meters swimming gets increased focus around the world.

At least 6 National Records were broken or tied in the morning heats, led by a group of men’s 50 freestylers.

Gigler and Zeitsev tied for 11th-best time in prelims, and as the 9th seed, in the heats behind the top seeded 20.92 from Italy’s Lorenzo Zazzeri.

The biggest record-setting margin of the morning that we could identify came in the men’s 100 breaststroke prelims. There, 21-year old Matej Zabojnik broke the Czech National Record in a time of 57.73.

That qualified him 13th through to the semifinals (10th once triplicates were removed) and knocked exactly a second off the old record. The old record was set by Petr Bartunek at the 2016 World Short Course Swimming Championships.

Zabojnik’s previous best time was already knocking on the door of the record at 58.89 from a meet two weeks ago, and in October alone he’s now dropped almost two-and-a-half seconds from his previous best of 1:00.31 done in September 2020. Entering the pandemic, he had only been 1:01.8.

That same 100 breaststroke prelims saw the first Israel Record of the meet go down when Kristian Pitschugin swam 58.11. That broke the 2014 record of 58.69 set by legendary Israeli IM’er Gal Nevo and earned Pitschugin a spot in the semifinals. Lots of big names wound up qualifying for outside lanes in that 100 breast – including German Marco Koch and Iceland’s Anton McKee.

Other records falling in the heats: