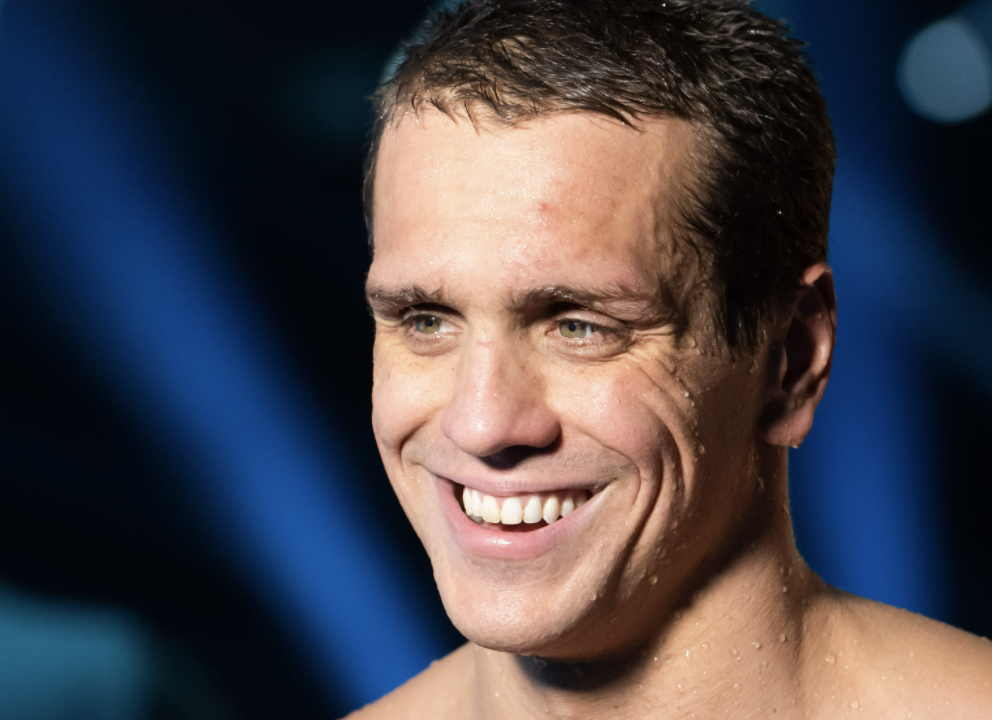 Shields saw an unbeaten streak come to an end in yesterday’s 100 fly, but he continued his 2020 win streak in the 200 fly, improving to 4-for-4 on the year. Current photo via Mike Lewis/Ola Vista Photography

He also retook the league lead, becoming the first man this year to crack 1:50 in the event. Chad le Clos of Energy Standard passed up Shields for the league lead earlier today, but Shields struck back in a big way here, besting Le Clos’ time by about half a second.

Shields is now closing in on the almost-untouchable league record of 1:48.77 held by Daiya Seto.

That’s a good outcome for LA, though one of their three jackpots was once again another Current swimmer. London got both of their swimmers in under the jackpot margin. And Cali’s Eddie Wang actually passes up le Clos for #2 in the league as this race featured the two best 200 flys of the 2020 season.