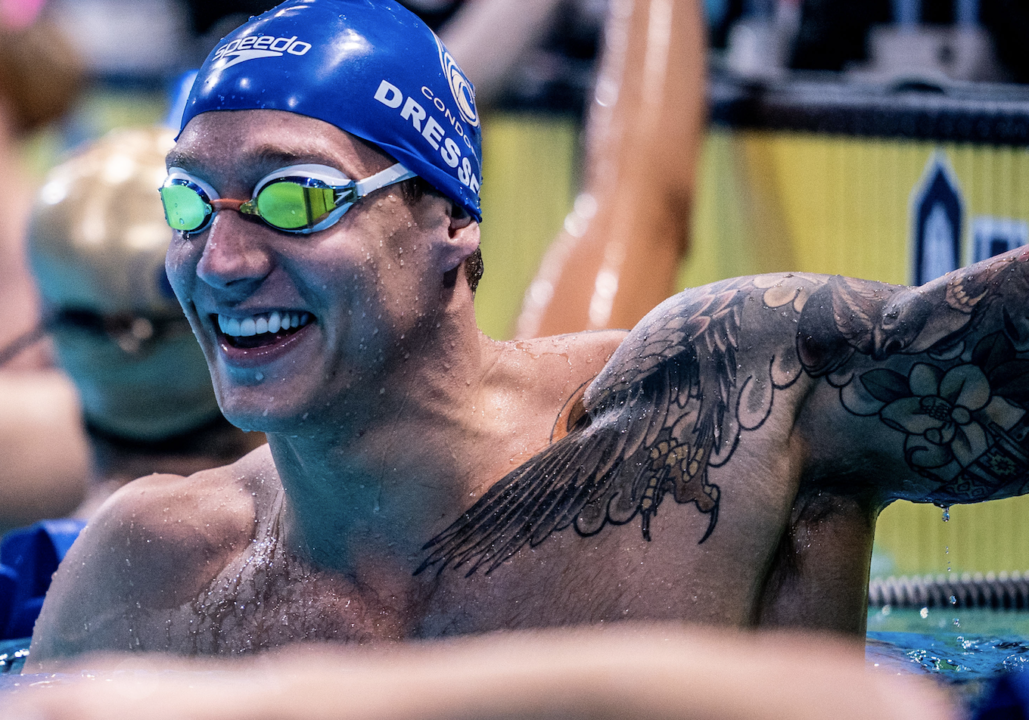 After a world record in the 100 IM and an American Record in the 100 free, Caeleb Dressel made it three-for-three on day two in Budapest in the 50 fly. Current photo via Mine Kasapoglu

Caeleb Dressel is no stranger to triples.

At both the 2017 and 2019 World Championships, the 24-year-old Cali Condor impressively won gold in the men’s 100 butterfly, 50 freestyle and the mixed 400 free relay all in the same session.

He put that experience to good use during the ISL’s second semi-final in Budapest, setting three records within an hour to open day two.

After lowering the 100 free American Record and setting a new world record in the 100 IM, Dressel made it three-for-three by slipping under his U.S. mark in the 50 fly.

The former Florida Gator clocked in a time of 22.04, edging out his record of 22.06 originally set at last year’s ISL finale. Dressel had also tied that record during Match 10.

Despite tying and now breaking the record, Dressel was defeated by specialists on both occasions. Aqua Centurion Szebasztian Szabo clocked 21.86 last week, and world record holder Nicholas Santos of Iron missed his all-time record by just .05 here in the semis in 21.80. Santos is the fastest swimmer this season in 21.78.

With the slight drop, Dressel remains the sixth-fastest swimmer in history.