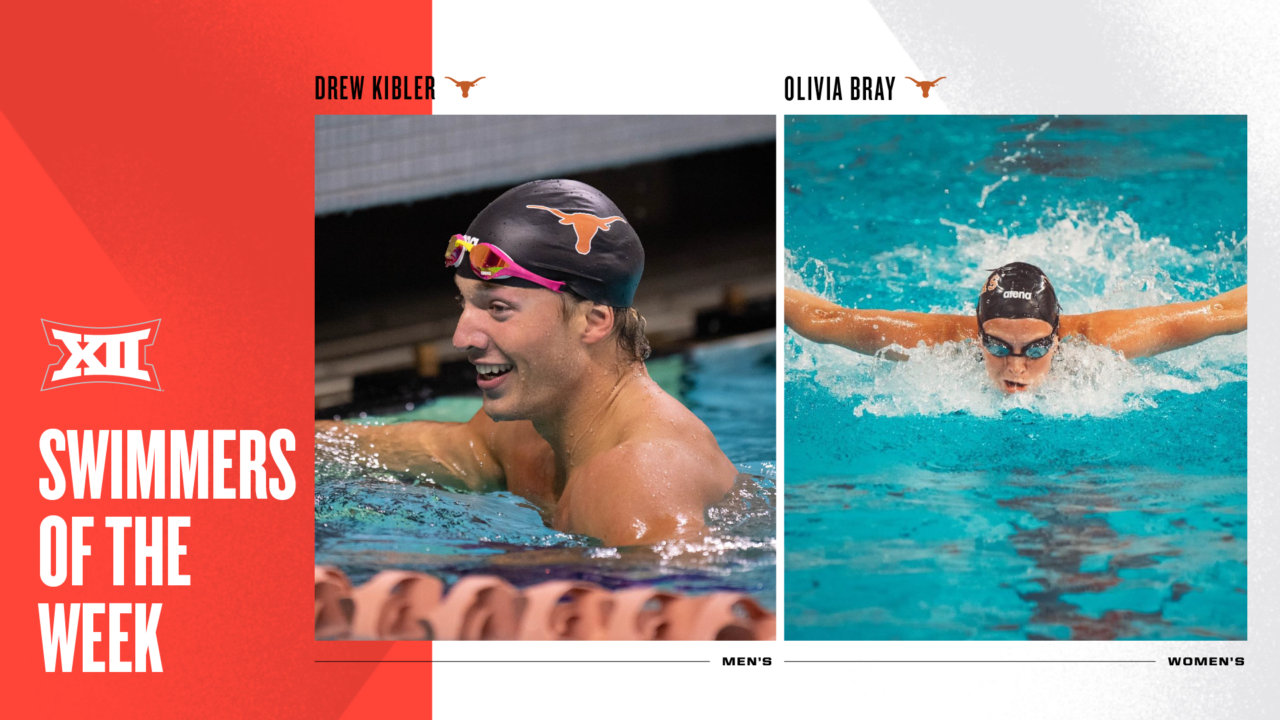 Kibler established the top time in the country in the 200 freestyle at the Texas HOF Invite, while Bray won three individual and two events. Current photo via Big 12 Sports

Texas swept the Big 12 Swimmers of the Week as Drew Kibler earned the men’s honor for the second time this season while Olivia Bray was recognized with the women’s award. Big 12 divers didn’t have any competitions.