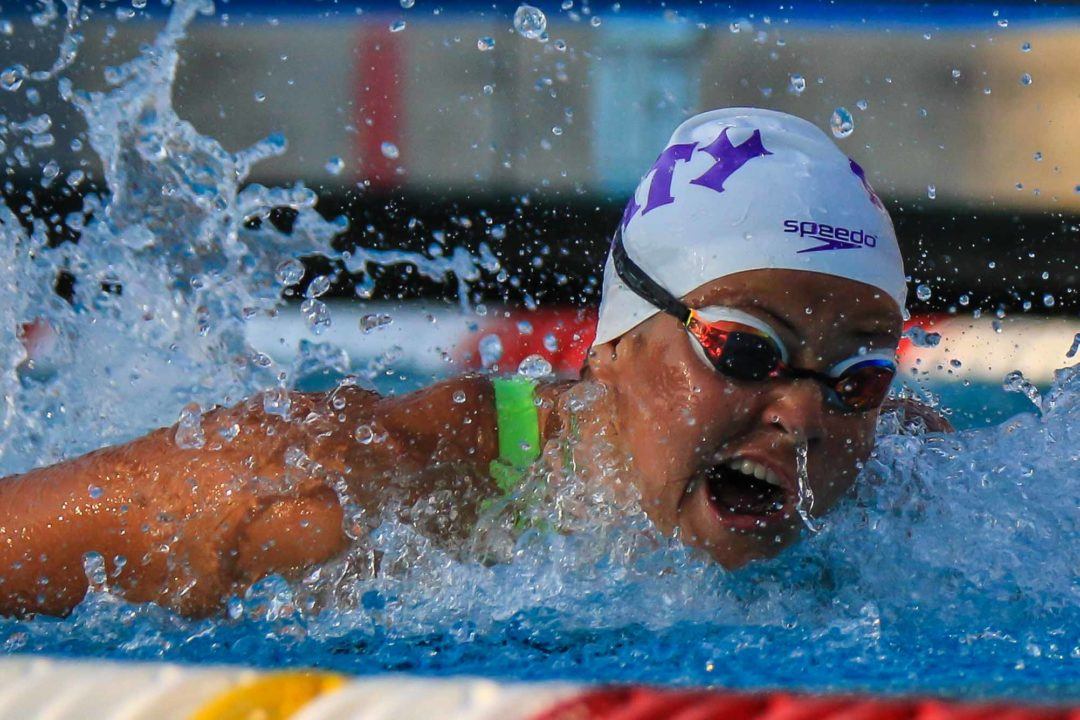 Preliminaries for the Texas High School Swimming and Diving Championships, at the Lee and Joe Jamail Texas Swim Center in Austin have gone underway. Among the star-studded field of junior national finalists are many battles to fight and records to be broken.

In the boys 200 medley relay, the top 2 times going into finals are Smithson Valley (1:31.95) and Kingwood (1:32.11). Kingwood’s strong breaststroker Jacob Bass (25.19) and Comal Smithson Valley’s strong flyer Konnar Klinksiek (21.34) almost cancel each other out, with both relays’ back and free swimmers near-even as well. This race will come down to which relay shows up with their best game for finals.

In the girls 100 fly, Emma Sticklen (Katy Taylor) and Lillie Nordmann (Conroe Woodlands) are seeded just 0.10 seconds apart. At winter juniors-west in December, Sticklen shut out Nordmann for the national title 52.29 to 52.45. Will Nordmann prevail this time around or Sticklen keep her dominance? Both girls’ nationals swims are also near the Texas state/6A record of 52.16.

Also joining the record-breakers’ club is junior national champion Jack Armstrong of Manvel. Armstrong swam a strong 20.10 50 free to break the 5A record of 20.28. It may be a longshot, but could Armstrong be aiming for Jimmy Feigen’s 2008 state record of 19.49? Armstrong already been under 20 seconds at junior nationals with a 19.81.