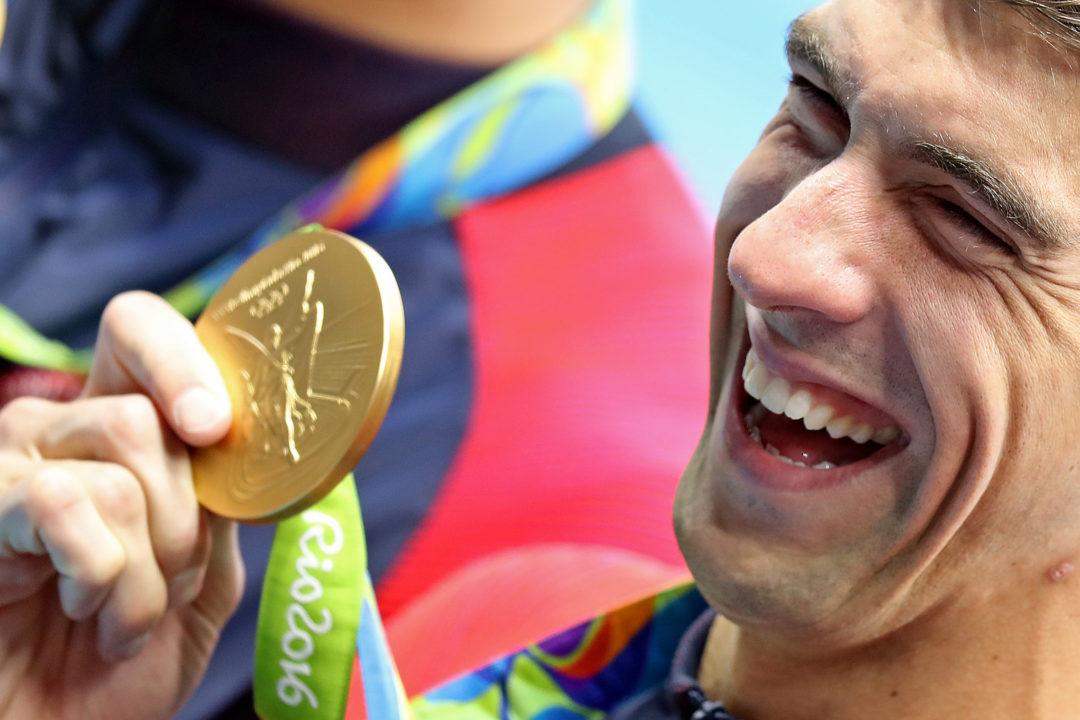 Team USA definitely made their mark in Rio, topping the Olympic medal count for the 6th summer Olympics in a... Current photo via Satiro Sodre/SS Press

Team USA definitely made their mark in Rio, topping the Olympic medal count for the 6th summer Olympics in a row. They finished this summer’s Olympic Games with 46 gold medals and 121 medals overall, breaking the United State’s previous record from Bejing in 2008 (where the U.S. finished with 110 total medals). Additionally, the United States finished with 51 more medals than second-place China— this is the largest margin by any country in a non-boycotted Olympics since 1932, when the U.S. beat Italy by 67 medals.

Phelps topped the medal board again, winning more medals than anyone else for his fourth consecutive Olympics. Phelps came home with six medals total, while Simone Biles and Katie Ledecky followed close behind. They both finished with 5 total medals each.

Great Britain had a far better Olympics than expected, even with fewer athletes competing in Rio than in London. They finished with 27 gold and 67 medals total– the largest number of medals that Great Britain has ever received in any modern games.

China and Russia performed well below expectations, finishing 2nd and 4th in the total medal count respectively. China came home with a disappointing 26 gold and 70 total, while Russia achieved only 19 gold and 42 total. Russia‘s disappointing games may be attributed to the doping scandal’s surrounding accusations of systematic covering up of doping. Many Russian athlete’s did not get to compete, and those who did were most likely focused on fighting their appeals to compete in the games at all instead of training to perform well. Chinese and Russian swimmers followed their country’s lead, also performing well below expectations.

Check out our final Olympic medal count table below!

We lost the Beijing Olympics.

We lost the gold medal count in Beijing, but we won the most medals overall.

Isn’t it the gold medal count that matters? The Olympic organization scores by golds. Thus China’s claim to being number two is somewhat laughable. Or like Canada, where the CBC ranks Canada as 10th. I guess it’s natural for countries to try and make their results seem the best, but it’s a bit like changing the rules. The US did not win at Beijing.

Agreed – totally laughable that China wants it both ways: claims to win 2008 by golds, and finish second in Rio by total. Fact: in Beijing China won significantly more golds (15: 51vs36) and we won more medals (10: 110vs100). I would agree China won in Beijing but we dominated in Rio and GB finished 2nd ahead of China.

I think she talks about the total of medals. 110 for USA vs 100 for China that year.

Yeah, but as you’ve repeatedly ad nauseum said: Gold is what matters.

Ya, thought so to. Medal count rules are clear.

They were impressive in nearly most of the sports they were entered in . Very Impressive !!!! The Stats speak for themselves ….

The American performances in the long distance/middle-distance events on the track were especially noteworthy. The middle-distance/long distance track runners are no longer intimidated by the Kenyans and Ethiopians. At least not in Rio. I was very proud of what they did (both men and women).

The Kenyans were not inpactful after IAAF threatened them with whole ban for doping.

Amen. A shadow of their own ghosts.

Bobo, what do you think of Renaud Lavillenie who compared himself to Jesse Owens and Brazilians to Nazi Germany?