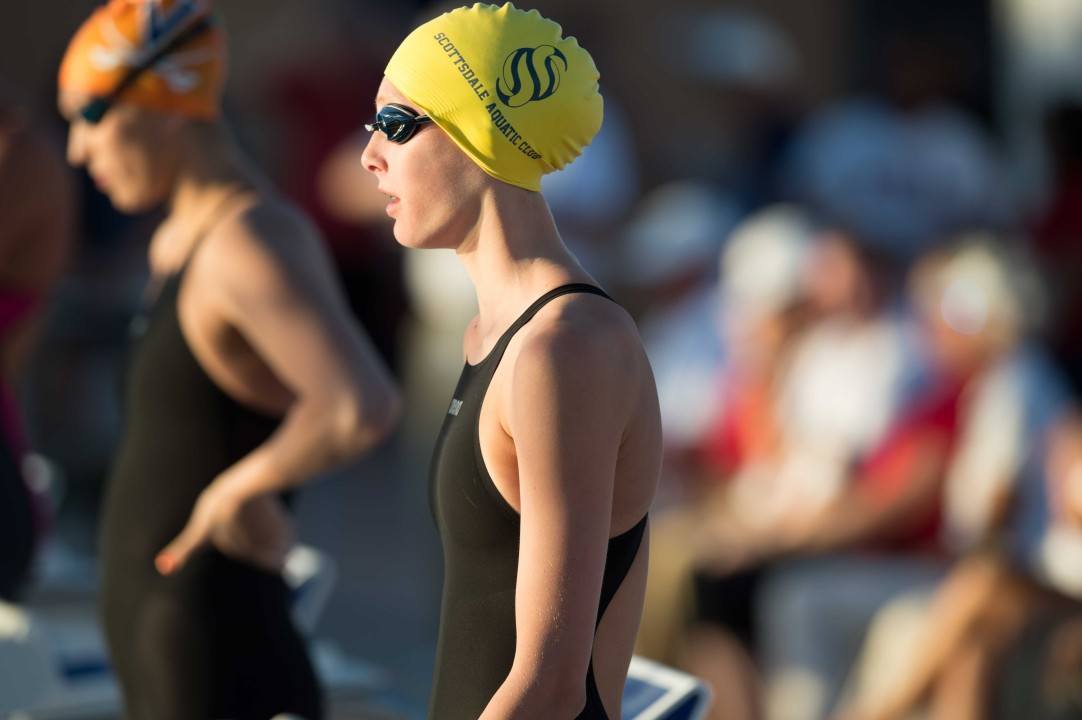 Taylor Ruck of Canada continued her sprint-freestyle domination at the 2015 Junior World championships, once again dipping under the 54-second mark in the 100 in order to claim gold in the final. Archive photo via Mike Lewis/Ola Vista Photography

Taylor Ruck of Canada continued her sprint-freestyle domination at the 2015 Junior World championships by once again dipping under the 54-second mark in the 100 in order to claim gold in the final.

Ruck’s winning time of 53.92 bettered the 53.95 championship record that she set in the heats, and draws her ever closer to the junior world record of 53.84 set by Shen Duo of China in 2014.

The time for Ruck also broke the 15-17 year-old Canadian age group mark that she set in prelims and continues to show a drastic improvement for her as the days leading up to the 2016 Canadian Olympic Trials slowly fade away.

Ruck was just a 55.51 at the 2015 Canadian Trials which served as her best time until competing in Singapore. With that massive drop, Ruck went from being the 10th fastest Canadian this season in the event to the third behind only Chantal Van Landeghem and Sandrine Mainville.

The time also ties her as the 16th fastest swimmer this season in the event, an incredible feat for the young 15-year-old.

During tonight’s final, Ruck was pushed by her Canadian teammate and rival Penny Oleksiak who is also one of Canada’s top up and comers. Oleksiak managed to win a tight race for silver over Russia’s Arina Openysheva in order to touch in at 54.65 and secure a 1-2 finish for team Canada.