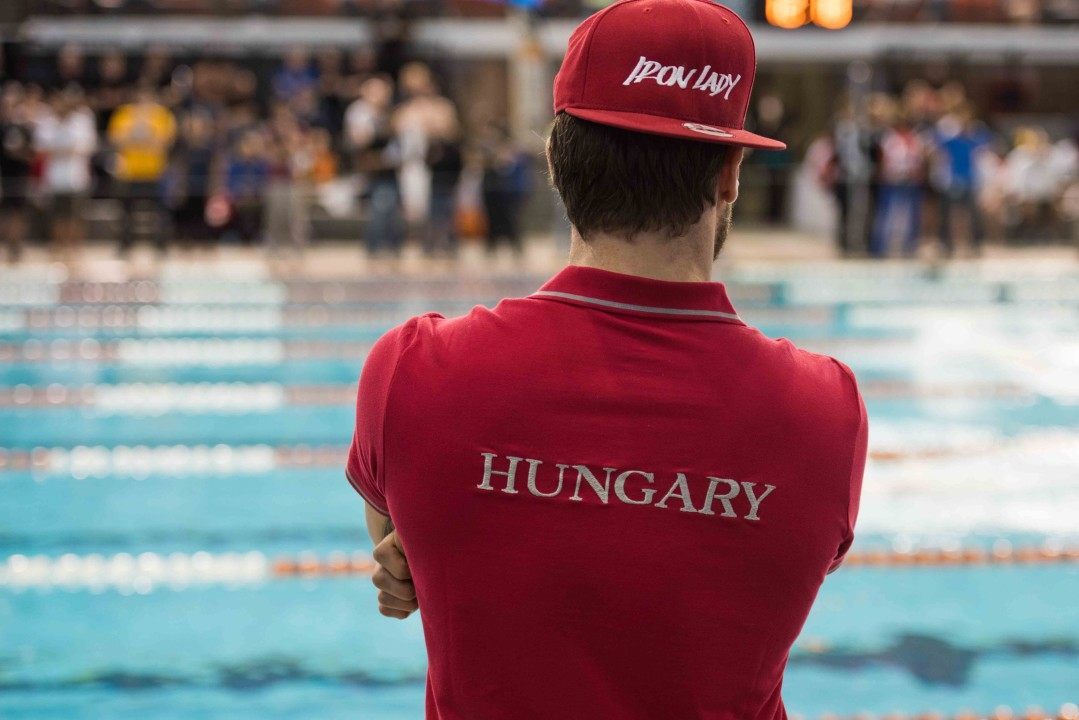 Tamas Gyarfas was re-elected as the president of the Hungarian Swimming Federation. Gyarfas has held the position since 1993, and will hold that position at least for the next five years. Archive photo via Mike Lewis/Ola Vista Photography

MUSZ decided to vote a year early on the officer elections, voting for a 5-year term rather than a 4-year term for the president. This decision was made because Hungary is hosting the World Championships in 2017, and the voting would coincide with preparation.

Tamas Gyarfas was re-elected as the president of the Hungarian Swimming Federation. Gyarfas has held the position since 1993, and will hold that position at least for the next five years.

Zoltan Verraszto coaches his two children: Evelyn and David who are both Olympic swimmers. David Varraszto recently took home gold at the 2014 European Championships in the 400m IM for Hungary.

Tusup coaches Hunary’s best swimmer; Katinka Hosszu. Hosszu had an amazing 2014 and is off to a great start this season, warranting the decision to give Tusup, who is also Hosszu’s husband, the award.

Despite the recognition, Tusup and Hosszu have their hands full right now with what could turn into a legal battle with Casey Barrett and Swimming World Magazine in response to an article posted last week accusing Hosszu of using performance enhancing drugs.