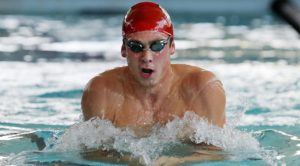 Erica Sullivan and Jordan Wilimovsky were the first champions of the meet in the 1500s on the first day of the MVN Meet of Champions.

The Bob Bowman-led Arizona State Sun Devils opened their season with a pair of wins over Utah on Friday.

Quite a few swimmers punched their first tickets to Olympic Trials over the weekend of July 10-12, 2015. Some of them are here in our AgonSwim Weekly Wonders. Click through to see who made the list.

Another Florida private school has thrown its hat into the swimming ring, as the century-old Montverde Academy in Montverde, Florida…

Joseph Schooling and the Bolles boys won the District 2-1A title to start their state title defense.