Szabo, Santos, and Rivolta Set Up for 50 Fly World Record Showdown on Sunday 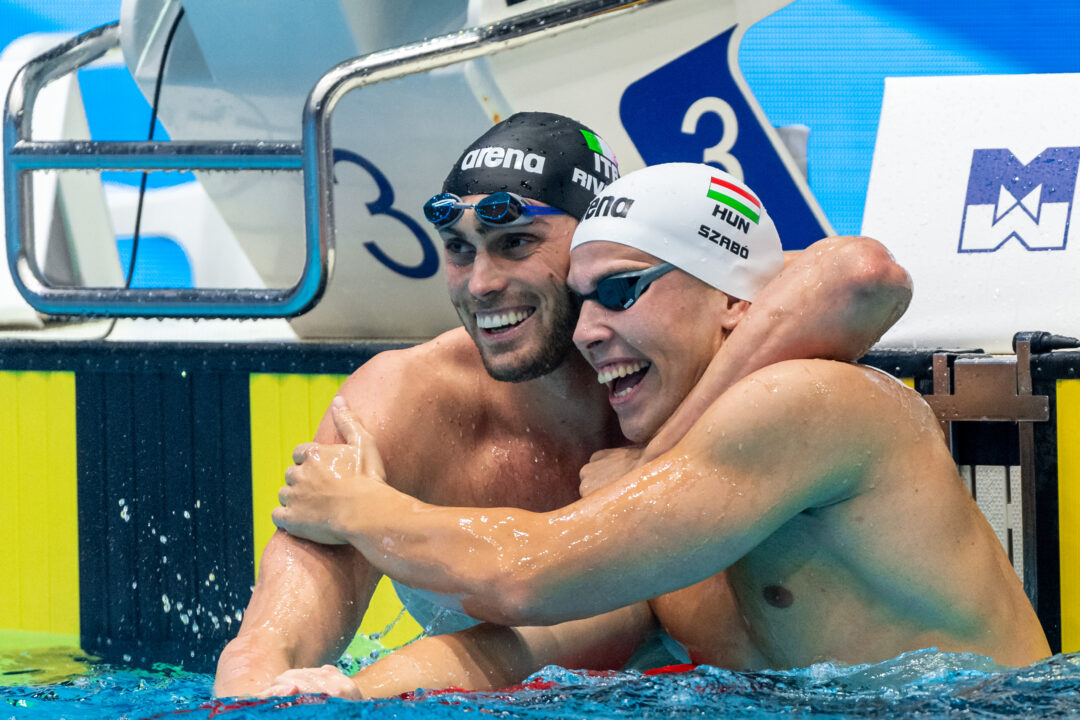 With their teams out of contention, Szebasztian Szabo (white cap), Matteo Rivolta (black cap), and Nicholas Santos are free to go all-in on the 50 fly final. Archive photo via Giorgio Scala / Deepbluemedia / Insidefoto

The chase for a potential World Record in the men’s 50 fly is ‘on’ for the final day of the 2021 International Swimming League playoffs.

The race will feature the two current co-World Record holders, Nicholas Santos of Iron and Szebasztian Szabo of Aqua Centurions, plus the new Italian Record holder in the 100 fly Matteo Rivolta, who has shown new front-end speed in that race over the past few weeks that might be a positive omen for this 50 fly.

Neither Szabo nor Santos is swimming another race on Sunday: with their teams out of Finals contention, the World Record race is the most exciting thing they can accomplish today.

Rivolta will swim the 100 backstroke before, and the 50 backstroke skins after, the 50 fly.

There will be no Willis Reid or Michael Jordan ‘flu game’ moment for the Cali Condors: Caeleb Dressel, who has missed this meet with what general manager Jason Lezak says is a cold, isn’t on the team’s lineup for Sunday either. The Condors don’t really need him, though, as their spot in the finals is basically assured already.

Aqua is in the lead after day 1 of the meet, and against all odds, they do have a chance at pulling an upset. That’s due to the men’s skins race being the 50 backstroke, where they’re strong with Thomas Ceccon and Matteo Rivolta (though this will be a deep event, with 5 or 6 different guys who could win it).

They’re not as good in the women’s skins, and Iron’s Ranomi Kromowidjojo and Cali’s Kelsi Dahlia will be the favorites there, but they’re not bad either – Holly Barratt and Elena di Liddo are both capable of semi-finals, at least.