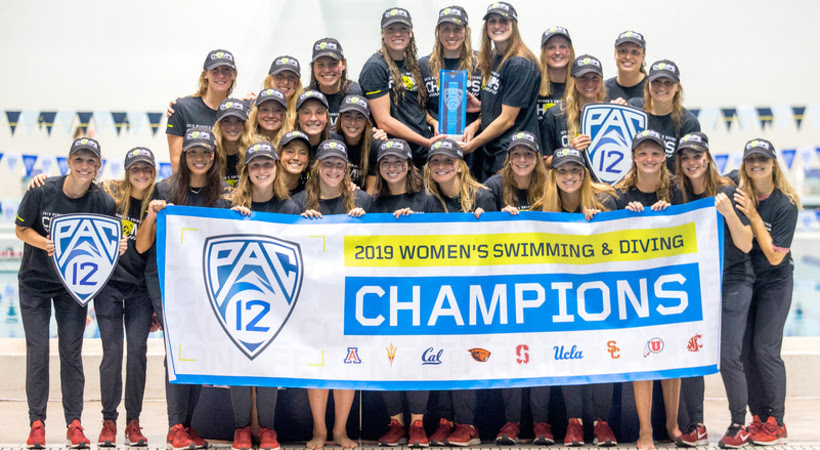 The swimulator predicts the results of the pac-12 conference swimming championships. Cal's women and men's teams lead in the predictions. Current photo via Pac-12

With a full set of conference championships already wrapped up, this week we’ll use the Swimulator to preview the Pac-12 championships. The women will begin this Wednesday and it looks to be a very tight meet between Stanford and Cal for the top spot. Shown below are the Swimulator predicted scores for the swimming portion of the meet.

After three years of Stanford victories, Cal hold a narrow lead in the predicted results. Stanford will likely have the edge in diving based off of their results so far this year. However, Cal has had slightly bigger tapers in past seasons. Similar to 2019, USC and Arizona St. are predicted to follow up in the third and forth spots followed by Arizona, UCLA, Washington St., and Utah.

The men’s championships will take place the following week beginning March 6th. Shown below is the Swimulator prediction for the swimming portion of the meet.

After a win last season, Cal looks likely to continue its winning streak with a sizable lead over Arizona St. and Arizona. Stanford, Utah, and USC bring up the rest of the pack in order. Last year Cal also had the largest tapers at the conference championships so appear unlikely to be dethroned.