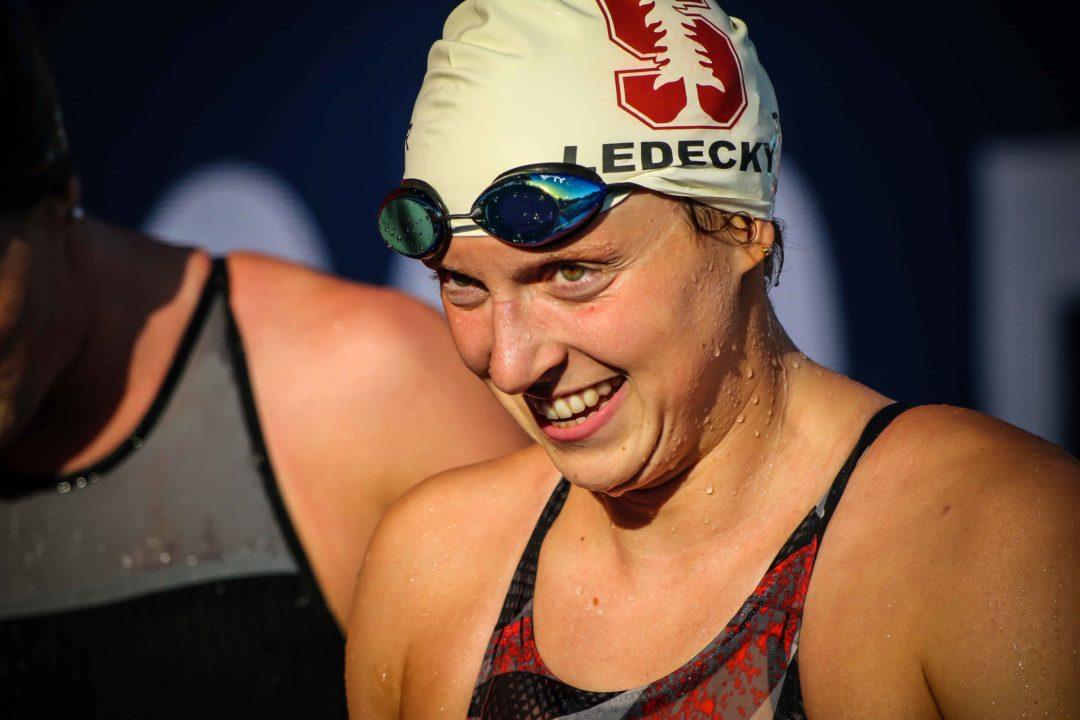 With today’s release of the 2018 Golden Goggles nominations, its time for us to put together our official SwimSwam ballot... Archive photo via Jack Spitser/Spitser Photography

With today’s release of the 2018 Golden Goggles nominations, its time for us to put together our official SwimSwam ballot for our choices. You don’t have to vote the way we voted, but in case you’re unsure about which way to go in a category, here are our choices.

This one (and the perseverance award) is always a tricky one, because for us it comes down as much to definition of ‘breakout’ as it does who had the best year among nominees. In the latter case, our vote would probably go to Michael Andrew, who won an individual gold in the 50 free at Pan Pacs and also won 4 US National Championships: the culmination of many years of dealing with intense criticism about his training style, decision to go pro, and general life choices. Seliskar would be a close 2nd. But, to us, Austin Katz was the real breakthrough. Seliskar and Andrew are both on a long chase for this kind of success, and so in our preferred criteria based on ‘prominence’ (how much improvement came with the breakout), we like Katz. Entering his freshman season at Texas, he was a 1:41.4 in the 200 yard backstroke: a time done, and not improved upon, since his junior year of high school. He then dropped almost 4 seconds to win the NCAA title. In long course, his drop wasn’t quite as big, but he qualified for his first Operation Gold meet and won bronze in the 200 long course back at Pan Pacs (though he just missed the spot on the Worlds team, thanks to Jacob Pebley’s time from Nationals, which was .01 faster). Harting has a similar story in long course, but his short course season wasn’t as successful, and let’s be real – he broke out in 2016 when he came out to the blocks at Olympic Trials dressed like Batman. Justin Wright is a good candidate for this list too, but no medal = no nomination. Hali Flickinger is also a good candidate, but she had a relay swim at Worlds last year.

Every athlete has their own struggle, but Ella Eastin has been whacked with unthinkable disappointment the last two years. In 2017, she was disqualified in the 400 IM at US Nationals, missing her shot at the World Championships. After an unbelievably-good NCAA season, that included beating Katie Ledecky and taking her record, in the 400 IM, Eastin turned up with mono a few weeks before the 2018 US Nationals. The illness, which saps a person’s energy among other things, greatly impacted Eastin’s ability to train. Given that her best events are the 200 IM, 400 IM, and 200 fly, that’s a brutal way to go into championship season. With all of that, she still made the Pan Pacs team and was the highest American finisher at that meet in the 200 IM (4th). She’ll probably end up at the World University Games next summer, but if things break right for her in 2020, she seems destined for a spectacular Olympics.

The Cal men lit-up the 2018 US National Championships. Durden’s combined undergrad and post-grad team qualified Ryan Murphy, Sean Grieshop, Jacob Pebley, Josh Prenot, Nathan Adrian, and Andrew Seliskar all on the men’s team. His former assistant, and current Stanford women’s coach, Greg Meehan put 5 on the women’s team: Brooke Forde, Katie Ledecky, Ella Eastin, Katie Drabot, and Simone Manuel. Meehan’s swimmers won more medals at Pan Pacs, and figuring out how to still get Eastin on the team is the kind of coaching that makes great coaches great coaches. We’ll give him our nod, even with 1 less name on the list.

As we understand, the men’s 400 free relay was nominated, but were on the ballot in the wrong order so…nevermind. The only 2 American relay golds at Pan Pacs – the 800 free relay had the Haas 1:43.78 anchor, while the medley relay had a thrilling finish with Nathan Adrian running down Katsumi Nakamura (and Kyle Chalmers almost running them both down). Both times need to get way faster to contend in Gwangju, but Haas’ relay anchor takes the cake for us.

This is an unusual one, because normally it’s picking between races at the same meet. Does Ledecky’s World Record in the 1500 in her first pro swim get style points? Or knocked because it came so early in the year? Does Baker’s get knocked because she only got a bronze medal at Pan Pacs? Is this a year where a World  Record loses to a non-World Record swim? And how on earth do we compare an open water swim to a pool swim? This one is a total tossup. We like the Baker story best, so that’s our choice. But we won’t fault you for disagreeing.

If Andrew beats a full-strength Dressel in the 50, or clips Dressel’s 21.15 from Worlds last year, he’s the choice. As it stands, though, Murphy’s 51.94 in the 100 back, .09 from a World Record, was as close as the American men came to a World Record this season, so we’ll give him the nod.

Lest we all forget to appreciate what we’re witnessing, Ledecky had an ‘off year’ by her standards and still had the world’s #1 time in the 800 by 9 seconds and in the 1500 by 31 seconds. That, plus the World Record and 5 total Pan Pacs medals takes the cake. This would be her 6th-straight win in the category, leaving her one shy of the 7 that Phelps won in his career (not consecutively).

It’s so hard to judge Chase Kalisz‘s swims when he’s so far ahead of the rest of the US (and, really, the world) right  now. Both he and Murphy took 2 individual wins at Pan Pacs. Murphy picked up a medley medal as well, and broke 2 Championship Records to boot (though, Kalisz is chasing Phelps’ records). Kalisz had two #1 World Rankings – Murphy had only 1, and Wilimosvky none. But Wilimovsky won the 1500 and took silver in the 800 in the pool, AND won the open water 10k – the latter of which doesn’t carry meaningful World Rankings. We’ll give the edge to Murphy, because of the World #1 rankings, and the fact that his 100 back was just .09 from the World Record. But know that we were really tempted by the Wilimovsky pool-open water double.

On the article right now it says Zane Grothe

I’m not sure what quantitative measure is of perseverance and what exactly this word means because different vocabularies are not identical in the describing of this human quality. But I would give preference to Micah Sumrall.
Young Katie McLaughlin overcame serious injury and showed the swimming that actually is expected from her.
Ella Eastin in contrast got in the trouble this season and fought to the very level her health permitted.
But in both cases with Katie and Ella I wouldn’t call these great qualities they demonstrated a perseverance.

I thought Austin Katz won the bronze at Pan Pacs but didn’t make the World Team because Jacob Pebley’s time from Nationals was 1/100th faster. In the article above you state Katz is swimming at Worlds. Did I miss something?