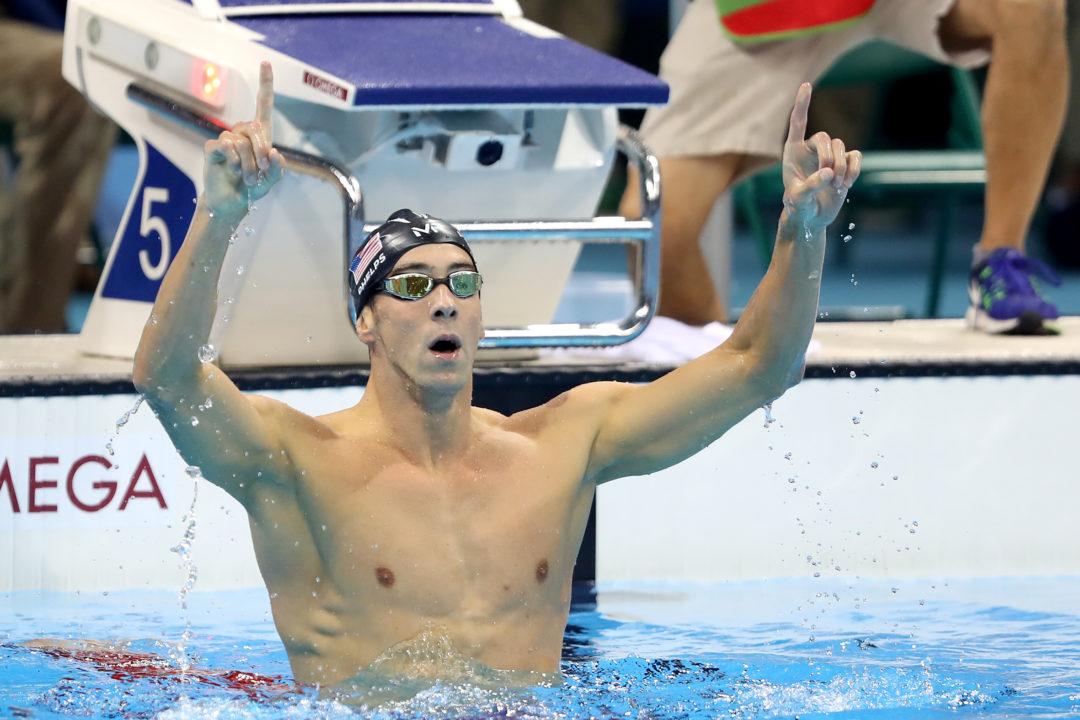 Our most recent poll asked SwimSwam readers whom they believe Team USA should have selected to swim the 4x200 free relay: Current photo via Satiro Sodre/SS Press

Our most recent poll asked SwimSwam readers whom they believe Team USA should have selected to swim the 4×200 free relay:

Before Ryan Lochte and Jack Conger became the headlines of the now-infamous gas station bathroom incident, they were both a part of one of the bigger personnel controversies of swimming in Rio.

Team USA had to select 4 swimmers to compete in the 4×200 free relay final. Conor Dwyer and Townley Haas were all but locks after going 1-2 at Trials and swimming the 200 free individually in Rio and performing well.

Based on Olympic Trials results, Clark Smith and Gunnar Bentz were set to swim on the relay in prelims, with Jack Conger and Ryan Lochte qualified as the last two finals swimmers.

But then there’s Michael Phelps, the greatest swimmer of all-time, who was undeniably swimming a whole level above where he was at Trials. Phelps was added to the 4×100 free relay without swimming the event at Trials and swam outstandingly well, helping Team USA reclaim gold for the first time since 2008.

More than two thirds of SwimSwam voters suggested Phelps and Conger should have gotten the two spots. Phelps is understandable: the most decorated Olympian in history was already red-hot in Rio, and it’s hard to keep that off a relay.

But voters (and many of those in our comment section) supported Conger over Lochte, which is an interesting take based on prelims results.

In prelims, Lochte split 1:45.80, Conger 1:45.73 – but factoring out relay reaction times (which is very commonly done in prelim relay ‘swim-offs’ to keep either swimmer from risking a false start DQ just to earn a finals spot), Lochte was faster through the water (1:45.31) than Conger (1:45.45) by about a tenth.

67.8% of voters picked Phelps & Conger, seemingly based on either (a) a belief that the younger Conger would be able to recover and swim finals better than the 32-year-old Lochte, (b) a dogged insistence that Team USA base its lineup 100% on Trials results and not on how swimmers are actually competing in Rio or (c) a fundamental misunderstanding of relay exchange reaction times and the importance of safe prelims exchanges.

The first rationale is certainly important (and Lochte did regress a little by his finals swim, only going 1:46.03), but the other two would seem far less defensible from the viewpoint of USA Swimming’s coaches, who are tasked with putting forward the nation’s best lineup – not necessarily the exact lineup of Olympic Trials finish orders.

22.3% of voters supported the old guard, Phelps & Lochte, and that’s the duo that wound up swimming at night. Phelps was 1:45.26 (1:44.99 factoring out the exchange), which is faster than either Lochte or Conger. Lochte, as mentioned above, did slide about four tenths in his “through the water” time, but Team USA still won a comfortable gold. Conger still earned a gold medal of his own for his prelims contribution.

9.9% voted for Lochte & Conger, which would mostly represent the Trials purists or those who didn’t feel Phelps wasn’t capable of a great 200 at age 31 or that an extra swim for Phelps might wear him out for his individual races. Phelps did win the 200 fly earlier in the same night and won the 200 IM two days later, but did slip to silver in the 100 fly on day 7 as his aggressive event lineup appeared to catch up with him.

Below, vote in our new A3 Performance Poll, which asks voters to weigh in on whether Ryan Lochte should be suspended for the incident in Brazil:

This is just a comment on other commenters, I think he is fine and good.

They wouldn’t have been close regardless. The US is so dominant in this event that any combination would have likely resulted in a win.