SwimSwam Pulse: 45% Think Most Athletes Would Have Attended Energy For Swim 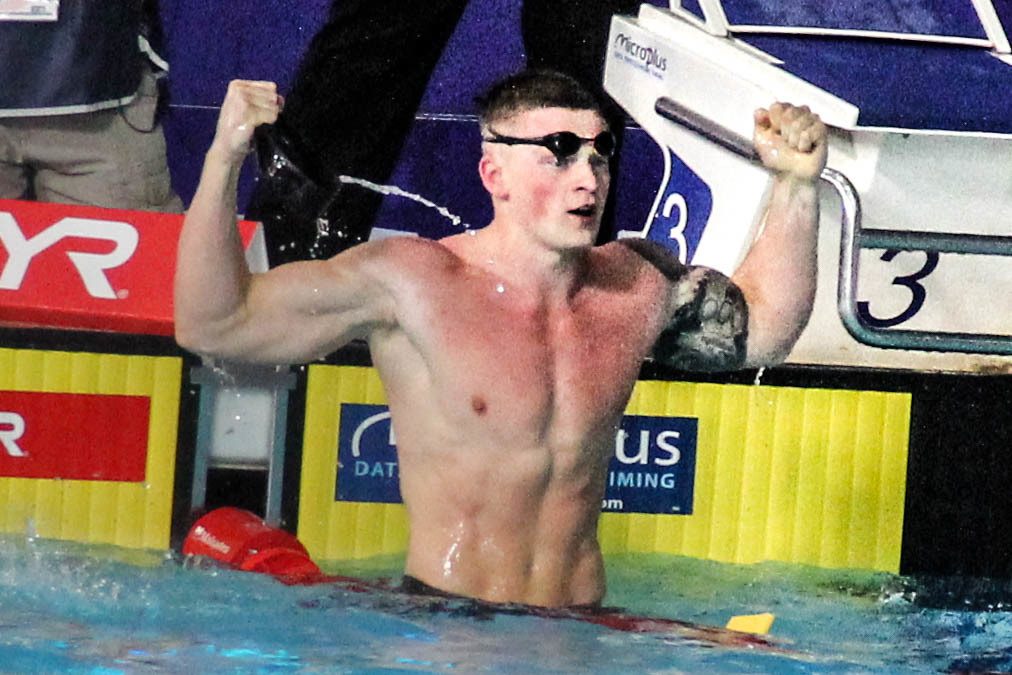 33% of voters thought that the majority of signed athletes would have attended Energy for Swim 2018 if the meet hadn't been canceled, even if two-year bans were still a potential sanction. Archive photo via Giusy Cisale swimswam.com

Our most recent poll asked SwimSwam readers how many athletes they think would have attended Energy for Swim had the meet not been canceled:

Question: How many of the 51 signed athletes would have attended Energy for Swim if 2-year bans were a possibility?

45% of voters thought that the majority of signed athletes would have attended Energy for Swim 2018 if the meet hadn’t been canceled, even if two-year bans were still a potential sanction. 33% expected between 26 and 50 of the signed athletes to attend, while another 12.5% expected all 51 to compete.

The Energy for Swim 2018 event was billed as a spectator-focused meet that would richly compensate athlete participants, including guaranteed appearance fees. The event was technically hosted by the Italian swimming federation, but was in large part a repackaged version of the format designed by the International Swimming League (ISL), an organization that has publicly envisioned a series of similar spectator-friendly, big-money events. FINA, the international governing body for swimming, has publicly opposed the ISL and made clear it did not authorize or recognize the Energy for Swim 2018 event, meaning athletes who participated could be hit with bans of 1 or 2 years.

Energy for Swim meet organizers ultimately canceled the meet when a compromise with FINA couldn’t be reached. But there was buzz that some athletes would compete at the meet despite the potential bans. We won’t know for sure how many of the 51 contracted athletes ultimately would have competed, but voters in our poll were bullish on plenty of athletes risking bans to compete.

There’s almost certainly some wishful thinking going on there. While the ISL is still in its infancy, it has been markedly more popular than FINA among commenters during the scuffle. A third of voters said they expected more than half of the 51 contracted athletes to compete, while 12.5% said all 51 would have competed.

On the other hand, 19.2% said all 51 would have backed out if bans were on the table. Quite a number of athletes signed their contracts after the dispute became public and the threat of suspensions was apparent. That could suggest those athletes were willing to compete regardless of the risk. But it’s also very possible that athletes were signing the contracts merely to get in on the meet organizers public promise to pay 50% of appearance fees to contracted athletes even if the meet was canceled.

Below, vote in our new A3 Performance Poll, which asks voters what the best approach is for college programs at mid-season:

There are some sports in the Olympics that have been there from the start but their athletes still can’t a living. Athletics, it was there when Olympics started until today. How much are the champions of 100 meter making? Not much. Where is Usain Bolt? He has gone to play soccer. How much are soccer stars making? Messi? $220 million. Ronaldo? $210 million. Neymar? $180 million. Bale? $68 million. Pogba? $59 million. Soccer wasn’t there from the start but was close. The earnings of soccer players, however, are much higher than track and field athletes.

Tennis is another sport that is different. How much do tennis players earn? Federer? $70 million. Djokovic? $47 million. Murray? $43 million. Nishikori? $37 million.… Read more »

Thank you for your posting. It is great.
However, the situation is different in pro swimming. Boycotting FINA’s events means at the end boycotting Olympic Games. It isn’t the same as boycotting Wimbledon. Plus a substantial part of competitive swimmers are children who are not involved in any politics and sometimes don’t even have legal rights to vote. I think that running club sport in parallel to FINA is a right solution so each party will find eventually in competition their niche.
Unfortunately what Energy for Swim meet’s organizers did by canceling the meet at the point when it got the highest level of support let me think that swimming community is not that united to have their… Read more »

Does anybody know how many invitations were made? The real question of interest is to what degree can ISL be viewed by professional swimmers as their reliable representative. And if they really believe that ISL is the way to run their pro business outside FINA.