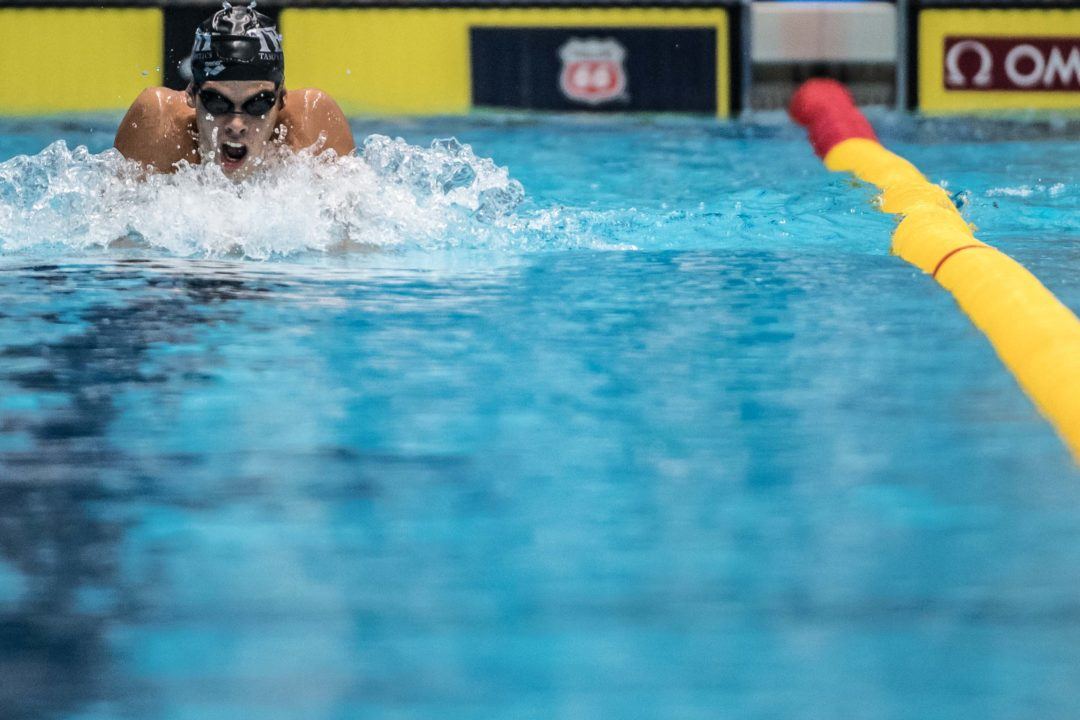 Our most recent poll asked SwimSwam readers to predict the most impactful transfer of the upcoming men’s NCAA season:

Question: Who will be the most impactful transfer this NCAA men’s season?

That’s a bit surprising, considering how well NC State fans tend to turn out in our polls (and in our comments section). Molacek has been hailed (rightfully so) as a massive pickup for NC State, especially with several key relay legs graduating. Molacek’s sprinting versatility give the Wolfpack a plethora of options on medleys, with several men among the best in the NCAA at multiple strokes: Molacek (free, breast, fly), Ryan Held (free, fly), Justin Ress (back, free) and Andreas Vazaios (fly, back, free).

On the other hand, Sanders is a tailor-made Florida pickup who follows in the footsteps of other high-profile IM transfers who have worked out incredibly well for the Gators (Conor Dwyer – remember when he was at Iowa? Anyone? – and Jan Switkowski among them). Sanders is a 3:44/1:45 IMer joining a 400 IM factory, so it’s no surprise he’s got SwimSwam voters excited.

Maybe the underrated one in the bunch is Colin Zeng, the 2016 NCAA Champion diver who is moving from Ohio State to Tennessee. Zeng won NCAAs on platform in 2016, and finished 3rd last year. It seems unlikely we’ll see Molacek or Sanders win an NCAA title individually, so there’s an argument to be made for Zeng. But Zeng only has his individual contributions to fall back on, where Molacek and Sanders (1:35.2 in the 200 free) can both have relay impacts as well.

All three appear great fits in their new programs. Molacek is perfect for NC State’s sprint-and-relay-oriented program. Sanders has the grit and versatility to thrive in Florida’s tough system. And Zeng joins a Tennessee dive crew that produced four-time All-American Liam Stone.

Below, vote in our new A3 Performance Poll, which asks voters for their preseason NCAA winner pick:

Someone definitely exploited the voting system

I agree. The last time I checked the poll results Molacek was winning. It seems unlikely that enough individual people voted to change the results that much, especially when people have unlimited votes.

Grant Sanders is quick, don’t get me wrong, but Molacek is the real deal. He can swim everything, has the potential for one dirty 200IM, and could be an unbelievably valuable relay piece… he seemed like an obvious pick to me.

Someone probably refreshed and voted a lot. I would have put Zeng over Sanders too, Zeng is guaranteed to score

Molacek could be big for NC State. But Sanders on the breakout summer coming from the disaster U of A program after a top 8 200 IM from WC trials is a tough one to top. Agree with this.

But can he convert that ability into short course yards?

I am willing to take the bet he will. Adding Sanders if he hits has the chance to put Florida to #2. I also know Jacob well, great guy, but has his struggles. Could literally be as good as he wants to be, I think he picked a good place after auburn. We will see.

You assume he will final in more things than he likely will; yes he placed top 8 at world trials but his time isn’t exactly what I would call crazy fast, and his yards times aren’t at scoring level. Molacek however comes in with tons of times than can score.