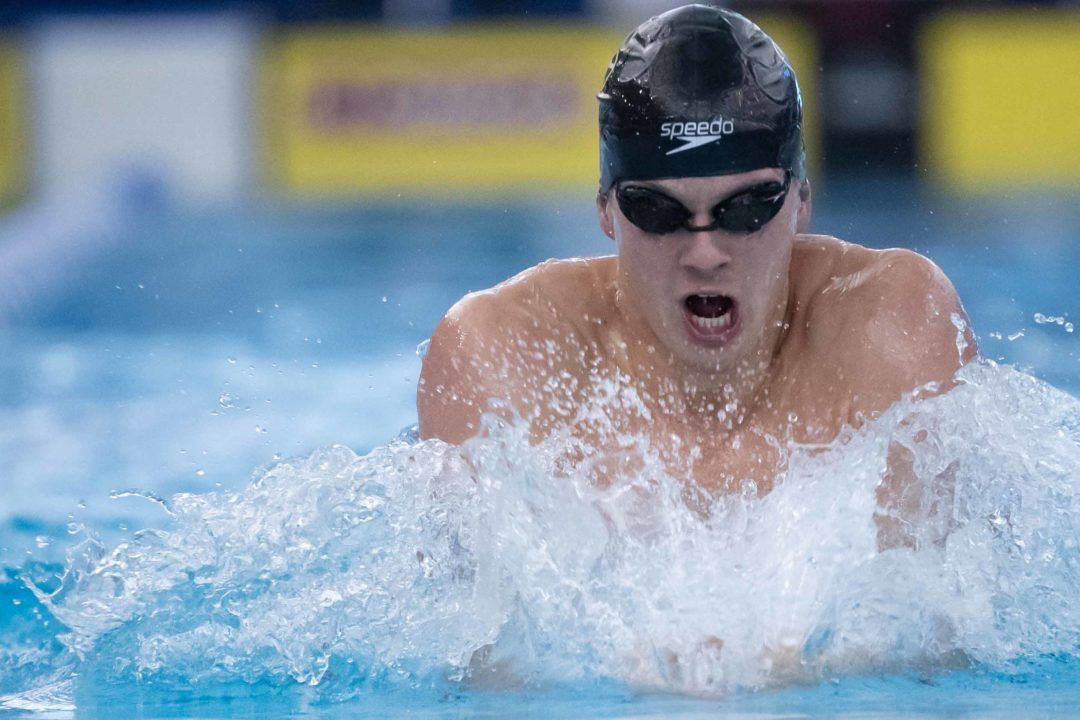 CAPTION THIS. We’ll share some of our favorite captions on our stories.

Our personal favorite caption, via user @hannah.banana_happy, who unsurprisingly likes to keep things positive: “When you accidentally throw your donut in the trash, and then realize that it would take an hour to swim it off. But STILL WANT IT.”

Swimming is for everyone!

Someone tell me how my sacred “no fly” Friday turned into a 2100 meters of fly in a single set?! pic.twitter.com/mnoJRf4nP6

Mason Turner of #EISF takes down a decade old National Age Group record for 11/12 year olds in the 500 Free with a 4:41.26 at #FarWesterns. pic.twitter.com/sp1pexxBQn

When your NAG was almost as old as you.

Canada knows how to broadcast a swim meet. pic.twitter.com/Cl6ix20K2R

@literally every other nation: take note.

Your teammate would *never*

This bring back a very distinct nostalgia for anyone else?

Love to see it.

When you’ve been holding out on French toast sticks till after taper and you take your first bite pic.twitter.com/1eSSnzHvCx

For those wondering what the last pullout of a 200 Breast feels like, this guy pretty much sums it up pic.twitter.com/PQQ8LMQ8WB

Now the hundreds of non-swimmers reading TopTenTweets can understand.

Semi-related but will Grant Shoults be swimming worlds this summer or will someone take his spot?

I would tear my labrum to “rehab” at that resort