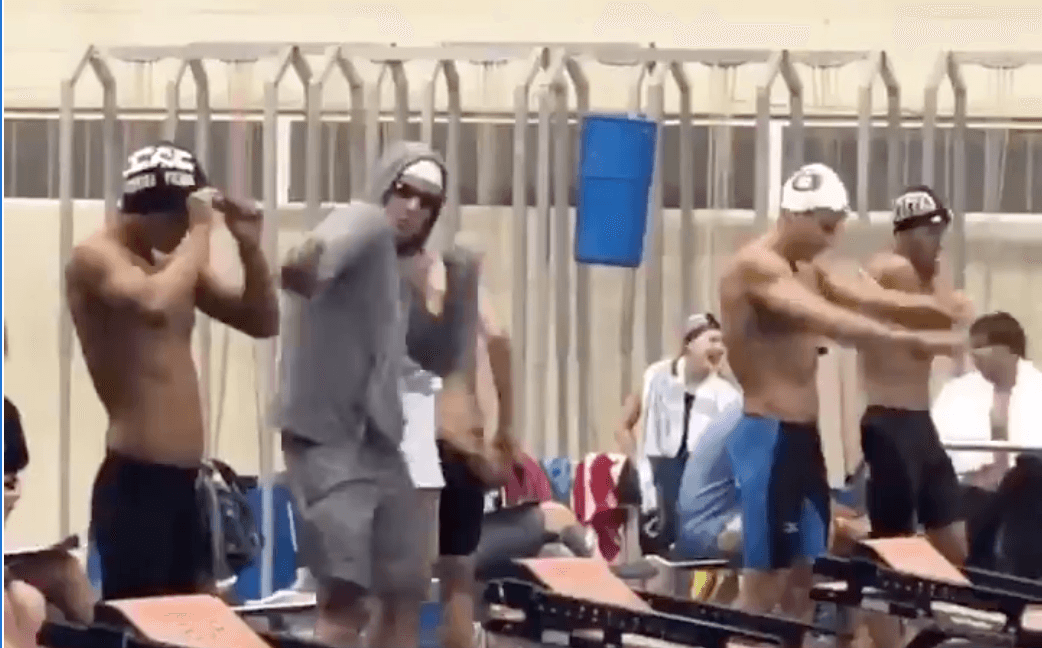 We're back with swimming's TopTenTweets! Current photo via Christian Strycker

We’re back with swimming’s TopTenTweets, where we round up the best of the swimming Twitterverse. From some classic #TBTs to honor Michael Phelps‘ 33rd birthday and the 10 year anniversary of the 2008 US Olympic Trials, to Gary Taylor confirming he’s a distance coach (wink wink), scroll to see what made the cut!

Hey, isn’t this guy supposed to be retired? Move it, buddy! #goblue what a legend @jonurb https://t.co/WHocJrjwld

This was some truly suspenseful racing. Also, Brock Bonetti is a multiple time All-American and races Olympians all the time.

Blazing fast. Additional shoutout to the extremely fast Andrii Govorov, who broke a world record Sunday but had no tweets to show for it.

10 Years Ago Today: Michael Phelps, Ryan Lochte open the Olympic Trials for the unforgettable Beijing Games by both going under the 400m IM world record. Phelps rebroke it at the Olympics, and the WR remains as the longest-standing mark on the books. pic.twitter.com/FmHka14NAW

Surround yourself with people who lift you up and challenge you to be better.

Because TopTenTweets has been lacking words of wisdom as of late.

Can we talk about the 2008 Olympics when France’s best swimmer, Alain Bernard, said “we are going to smash the Americans [in the relay], that’s what we came here for” and then this happened? pic.twitter.com/ndxcweH3FF

We can always talk about this.

It’s rare that a swim-related tweet truly goes viral, but this one sure did. This is Christian’s second stint on TopTenTweets – don’t forget us when you’re famous!