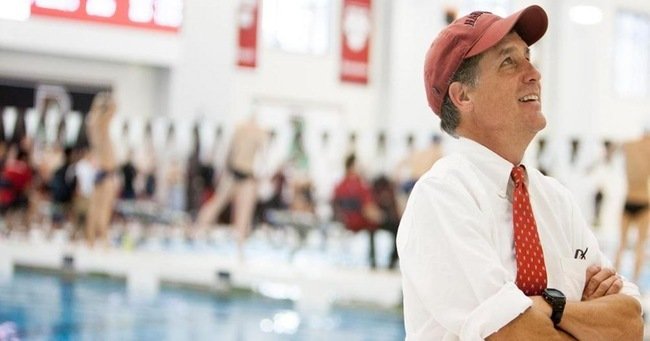 Miller was the head coach at Harvard for 27 years. Archive photo via Harvard Athletics

After 27 years as the head diving coach at Harvard, Keith Miller has announced that he is stepping down from his position, effective June 26th. No reason was given for his departure.

Miller, a 1982 graduate of Tufts University, coached both the men’s and women’s teams at Harvard. Since 2003, 15 different Harvard divers have won Ivy League Championships. That includes 2015, where Mike Mosca became just the 3rd diver in Ivy League history to sweep the 1-meter and 3-meter springboard events at 3 consecutive Ivy League Championships. Mosca and Jing Leung both qualified for the NCAA Championships in the last decade, and Mosca was a 3-event finalist at the 2012 Olympic Trials.

Leung became Harvard’s first First Team All-American diver since 1992 in 2016 when she took 8th place on the platform event.

Miller also serves as a coach at the Charles River Diving Club, where his wife Agnes is the head coach. Agnes, a two-time Hungarian Olympian, is the head diving coach at Boston University.

As an athlete, he was the 1982 NCAA Division III Champion on the 3-meter springboard.

Keith Miller has a 35-year coaching career that includes prior stops at Wesleyan University (Conn.), UC-San Diego, Tufts, and MIT.

The head diving coach position became an endowed position in 2014 after a donation by an anonymous individual, and is currently called The Class of 1989 Head Coach for Diving.

Only a matter of time before they had to let Dean Farris take over.

Dean makes Tokyo 2020 in every swimming and diving event possible. I will call it.