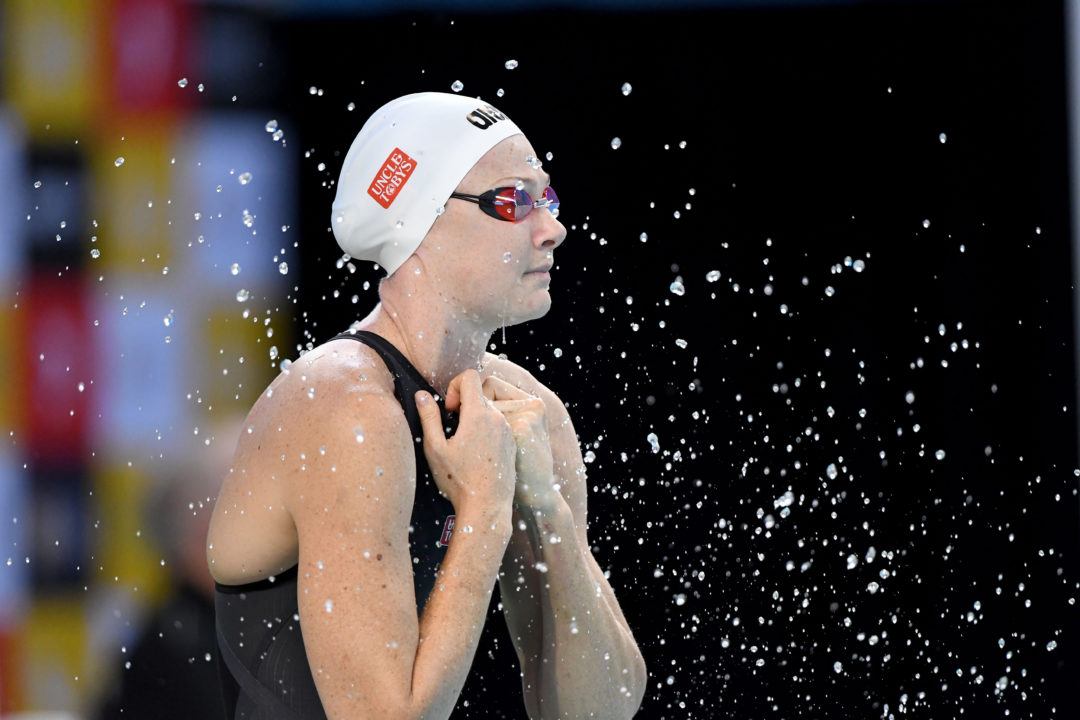 19-year-old Jack Cartwright swam his fastest 100 free of the season during the second preliminary session of Australia’s Pan Pac Trials in South Australia, qualifying 1st for the final in 48.56. His fastest swim prior to this was a 48.60 done at the Australian Commonwealth Trials, and failed to qualify for Pan Pacs at the Commonwealth Games with his fastest swim being 48.62. The standard stands at 48.31.

James Roberts (49.21) and Alexander Graham (49.25) qualified 2nd and 3rd, while Elijah Winnington and Kyle Chalmers, who went 1-2 in the 200 final on night 2, squeaked into the final in the last two spots. Chalmers is the only swimmer in the field qualified for Pan Pacs having been 48.15 at the Commonwealth Games.

In the women’s race, Cate Campbell easily snagged the #1 seed in a time of 53.38, just over a second outside of her season-best (52.37) which ranks 2nd in the world (to sister Bronte – 52.27). Emma McKeon and Shayna Jack, both of whom have already qualified for Pan Pacs but not in this event (though even if they don’t can still swim it in Tokyo), qualified 2nd and 3rd in times of 54.07 and 54.32 respectively. They’ve both been 53-mid this year, and will shoot for the qualifying standard of 53.20 in the final.

When did Bradley Woodward go to Glasgow? To swim 53.95? Gold Coast ?

Shayna seems to have really stagnated or even gone backwards since last year. She’s still young tho I guess.