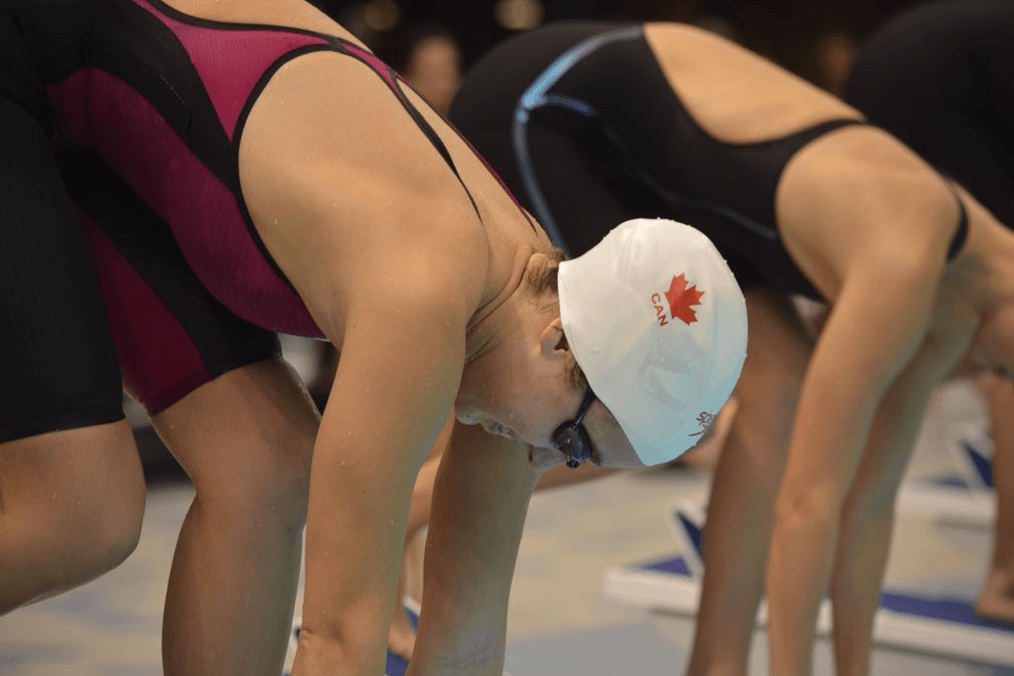 It’s early in the year, but the Canadians already have four junior swimmers who are ranked first worldwide this season for 17&under females spanning across a total of eight events. Archive photo via Tom Rushton

After results from this summer demonstrated that the Canadian women’s team could produce some stellar results – questions remained about the legitimacy of the northern nation being able to sustain that level of success on an international scale.  Based on global rankings from the 2017 calendar year, Canada appears to be in fairly good shape across the next quad, at least on the women’s side.

It’s early in the year, but in 2017 the Canadians already have four junior swimmers who are ranked first worldwide this season for 17&under females spanning across a total of eight events.

Sanchez swam to a best time in both the 100 and 200m freestyles last weekend at the Pro Swim Series in Austin, Texas. She was also just three one-hundredths shy of her best time in the 50m freestyle that she recorded at the 2016 Canadian Olympic trials. Plain and simple, Sanchez swam fast, and it’s an in-season performance nonetheless.

Her times rank her first for any junior female swimmer worldwide across the three events. Her 100m freestyle even ranks her second globally in 2017 in the open category.

Rebecca Smith leads the 100m butterfly right now with the 59.24 she dropped in Austin. While she ranks first as a junior, she ranks second in the world overall this year.

Harvey is transitioning towards the senior team. She’s too old to qualify this summer for Canada’s junior worlds team, so her sites are set on making her first major senior international team.

Olivia Anderson is the fourth Canadian junior swimmer who’s ranked first in the world this year. Her 8:35.10 800m freestyle from Austin demonstrates Canada’s depth across the freestyle events. The Etobicoke Swimming star who trains under 2016 Canadian Olympic coach Kevin Thorburn, was a bronze medalist in the 800m freestyle at the 2016 Junior Pan Pacific Championships. Anderson is also a Georgia commit, she’ll join the Bulldogs next season.

Like Harvey, Anderson will be too old to swim on the Junior Worlds team this summer, so will also be looking to make the transition to the senior national team.

It appears as though the success of the junior swimmers is improving exponentially at this point. Last year at this time, Canada only had two junior swimmers ranked first in the world: Penny Oleksiak in the 100m freestyle and Taylor Ruck in the 200m freestyle.

The fact that Canada now has four, across eight events, without the addition of Olympic medallists Oleksiak and Ruck points to a more consistent depth.

In fact, looking back on the last quad, even in 2015 at this point in the year, Canada’s only junior swimmer to be ranked first worldwide was Sydney Pickrem in both the 200m breaststroke and 200m IM.

By this time in 2013 Canada’s only top global performer was Noemie Thomas in the 100m butterfly.

The most impressive part about all of this: every single junior swimmer who was ranked first globally at this point in the season over the last quad made the 2016 Rio Olympic team with the exception of Meryn McCann. If that trend continues, the Canadian women’s team for the Tokyo 2020 Olympic Games would be forming as we speak.

Swimming Canada is currently using a new analytics system to try and identify junior talent that could potentially turn into talent on an international scale. The best example of this was Penny Oleksiak, who was identified when she was 14 by Swimming Canada as a potential medalist.

Iain McDonald, Senior High Performance Manager at Swimming Canada, told The Star earlier this year that Swimming Canada used a sophisticated statistics-based system that helps identify emerging athletes and give them funding to support their development.

The system appears to be working, as all the aforementioned swimmers who were ranked first as a junior at some point over the last quad transitioned to the 2016 Olympic team, and non-coincidentally were on the 2015 National ID team (with the exception of Noemie Thomas who was no longer a junior swimmer in 2015).

The four junior athletes that are currently ranked first globally this year are currently part of the 2016-17 National ID team. On Swimming Canada’s website the purpose of the team reads “The Swimming Canada National Team Development Program focuses on the identification and development of talent for the purpose of progression to the Senior National Team and International podium success. ID Teams are determined by long course performances only for the purposes of recognition, reward and potential programming opportunities”

It’s early on in the current quad, but it looks as though the current progression of Canada’s junior national team, at least on the women’s side, gives more concrete evidence that Swimming Canada’s new talent identification analytics system is working.

Time will tell, but for now, it looks as though both Mary-Sophie Harvey and Olivia Anderson are primed to make the jump to the senior national team this summer if they’re able to perform at World Championship trials in April.