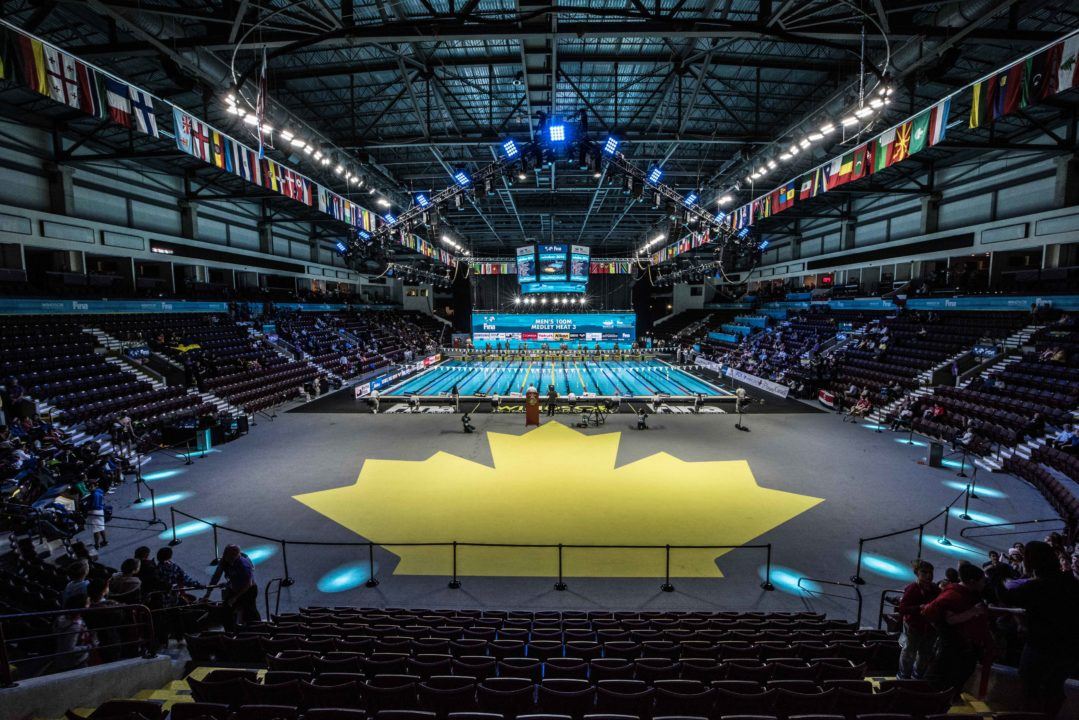 Ahmed El-Awadi "is very much aligned with many of the points" made by USA Swimming CEO Tim Hinchey regarding postponing the 2020 Olympics for one year. Archive photo via Mike Lewis/Ola Vista Photography

Swimming Canada CEO Ahmed El-Awadi issued a statement on Friday evening responding to recent letters sent from the Canadian Olympic Committee and USA Swimming regarding the potential postponement of the 2020 Olympic Games.

El-Awadi says the organization “is very much aligned with many of the points” made by USA Swimming CEO Tim Hinchey, who sent a letter to the United States Olympic and Paralympic Committee (USOPC) advocating for a one-year postponement of the Games.

“Telling athletes to prepare for an Olympic Games during a global pandemic raises serious issues,” said El-Awadi. “We hold the opinions of our brothers and sisters at USA Swimming in high regard, and share many of the same concerns around health and safety. That includes the safety and well-being of our athletes – both physically and mentally – and the safety of the community at large.

“Each day that goes by without a decision creates more stress and anxiety for our athletes, who are worried not only about themselves but about their communities.”

The USOPC responded to USA Swimming’s letter hours later, promising to advocate for Americans and make sure the International Olympic Committee (IOC) hears their concerns.

The IOC’s most recent statement came on March 17, saying the organization was “fully committed” to the Games running as scheduled.

That same day, the Canadian Olympic Committee issued a statement of its own, supporting the IOC’s decision while also acknowledging that the current COVID-19 pandemic “is among the most challenging health issues that we have had to confront in many generations.”

“We understand the IOC is going through an intensive process and are encouraged to hear IOC President Thomas Bach is considering different scenarios,” he said. “We are looking forward to this process moving forward and hearing more from the IOC in the near future.”

Confirmed coronavirus cases grew over the 1,000 mark in Canada on Friday for a total of 1,087. The 214 new cases on the day were the most since the pandemic was declared on March 11. Globally, confirmed cases have surpassed 270,000.

Swimming Canada is coming off its most successful showing in its history at last summer’s World Championships, winning eight medals to top the previous mark of six set in 1978.