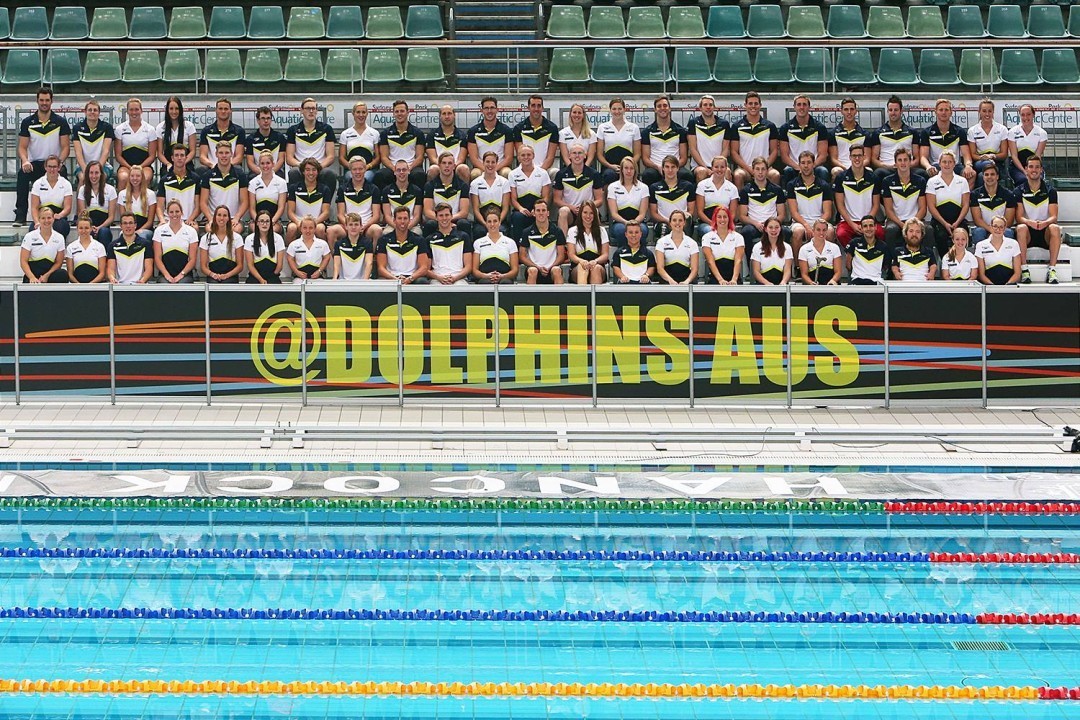 Former Australian Dolphins swimmer Linley Frame has been appointed to Swimming Australia’s newly created role of ‘Athlete Well-being and Engagement Manager.’ In her role, Frame will act as a strong advocate for increasing focus on athlete well-being, mental health and athlete transition.

Per the announcement, Frame will focus on holistic athlete development, including life skills to negotiate the high-performance environment, professional development in career and education and activities to assist community engagement and integration.

Frame will report directly to CEO Leigh Russell and Swimming Australia says the new position’s implementation demonstrates a strong commitment by the organization to the ‘well-being and development of elite athletes, as well as strengthening well-being framework for emerging athletes.’

Swimming Victoria CEO Jason Hellwig said, “We are delighted with the establishment of this role and that Linley has been appointed to it.

“Her work in Victoria and with Beyond the Black Line has been genuinely pioneering for swimming and is making a difference where it matters – to people.  The well-being of our athletes is a fundamental responsibility of us all and while we are proud of what has been achieved in Victoria we equally acknowledge that we have much more to do here and across the nation.

“This is work that should be led at the national level and we wholeheartedly support Swimming Australia in doing this. We will continue to invest in this area which will now benefit from Swimming Australia’s focus and leadership,” Hellwig said.

A new Athlete Well being and Engagement Division was launched this year by the Australian Institute of Sport, responsible for the roll-out of a national approach to holistic athlete well-being and development.

The announcement comes on the heels of the English Institute of Sport (EIS) introducing its new role of ‘Head of Mental Health’ leader, a position aimed at developing and implementing resources, strategy and policies across the 3 EIS Performance Centers.

Very strange letter posted up online by Cate Campbell today complaining about anonymous “keyboard warriors” being critical of her Rio Olympic performance. Thought it was particularly unusual given the trash talking Campbell did about Team USA following U.S. medal thrashing of Australia at 2018 Pan Pacs. Those in glass houses..,

Wish more people would actually read what Cate said in those interviews… was nowhere near as “trash talking” as most Americans have made out. Much more a statement about how well the Aussies were swimming, particularly the women in the relays, which was very true.

Cate copped heaps after Rio, and the comments here are often awful, talking about how overrated she is and that she never performed at an important meet. Often made by keyboard warriors who could do better themselves. And she’s right: CC on a bad day is still better than nearly every other Australian available.

I read what Cate said about Team USA and it was pretty awful, and embarrassing to me as an Australian. The antithesis of what international sports should be about. She said that Team USA came to Pan Pacs with their chests all puffed out, but were “put on notice” by Australia–this despite the clobbering of Australia by USA in the medal count. Ironic that a couple of weeks later she pens a letter attacking her keyboard naysayers.

I particularly liked “Like it or not, I still did a better job out there than any one of you could” followed immediately by “I have one think to ask of you before I go. And this is to be kind. Think before you type”

A little contradictory I think? Cate should spend less time writing articles pretending to be okay and more time actually working through her performance issues. At the end of the day the result will speak louder than anything she says.

I suspect Ms. Frame will have her hands full just dealing with Cate Campbell and the whole Seebohm-Larkin soap opera.