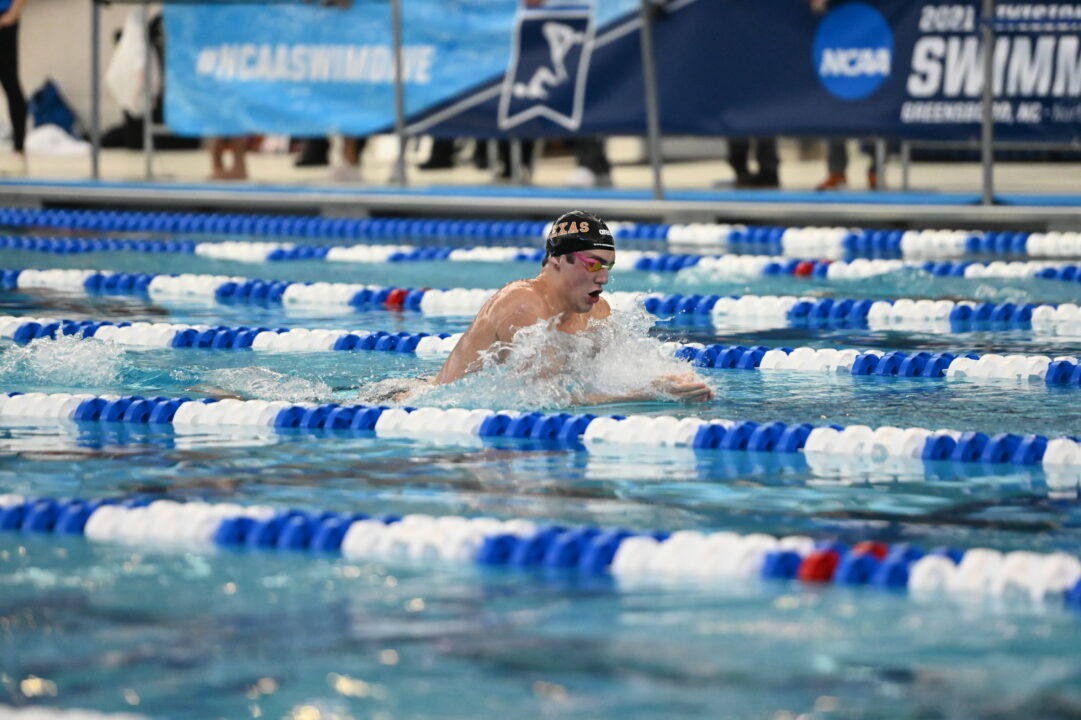 Corbeau took down Max McHugh and Reece Whitley, establishing the top time in the country in the process. Archive photo via NCAA Photos

There was no shortage of noteworthy performances last weekend, including Kelsi Dahlia setting a new world record at the ISL Final, Katie Ledecky lighting up the US Open with four victories and Thomas Heilman setting numerous National Age Group Records.

But over at the Minnesota Invite, University of Texas junior Caspar Corbeau was among the swimmers making some noise in a meet that featured some of the best teams in the nation.

Corbeau was matched up with reigning national champ Max McHugh of Minnesota in both the 100 and 200 breaststroke, along with Cal’s Reece Whitley, who was the fastest swimmer in the NCAA last season in the 200.

At this year’s Minnesota Invite, in a matchup billed to be McHugh v. Whitley, Corbeau put up the best swims of his career.

With the three swimmers relatively even at the final turn, Corbeau accelerated over the final yards to earn the win. Watch the race below:

A Dutch native that competed at the Olympic Games this past summer, Corbeau also topped both McHugh and Whitley in the 200 breast, hitting a best time of 1:50.81 which ranks second in the NCAA (behind Penn’s Matt Fallon, 1:49.71).