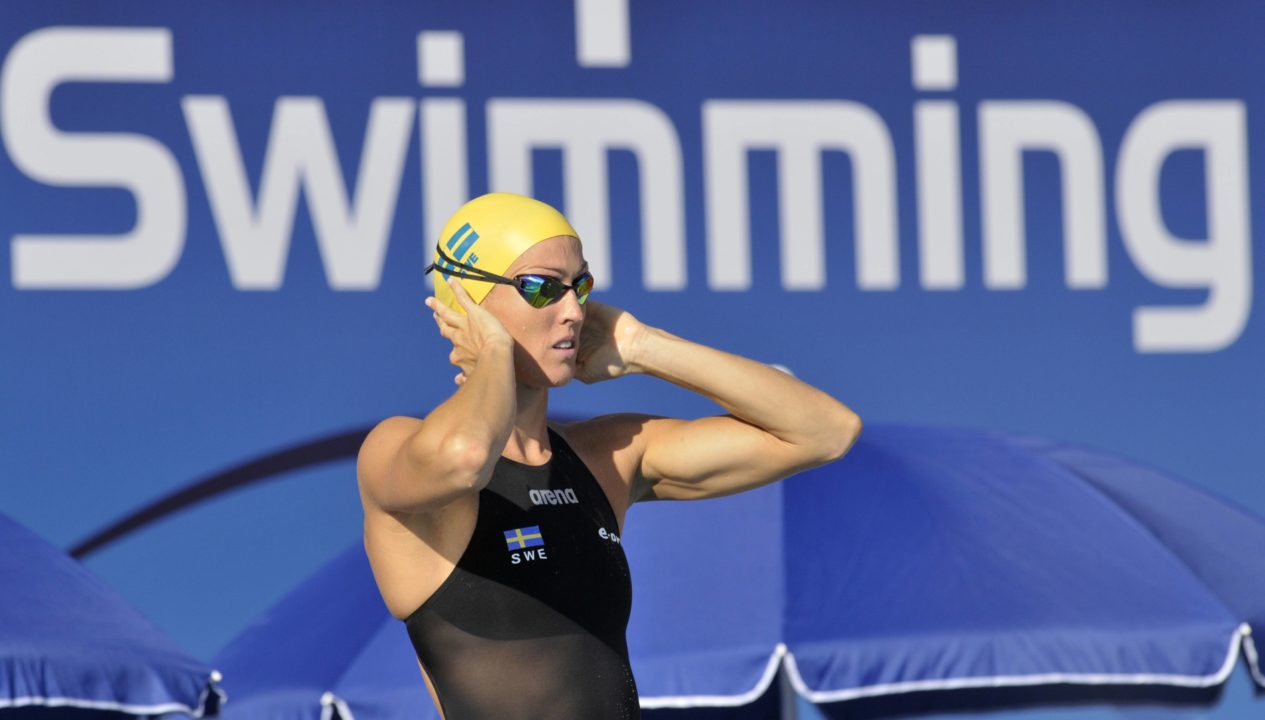 Sharing Marsh’s philosophy that providing stimulating atmospheres for veteran athletes is key to keeping the professionals highly engaged, the three-time Olympic medalist will arrive in Charlotte with coach Johan Wallberg in January.

Marsh tells SwimSwam that “I’ve gotten to know Therese Alshammar over the years at the Mare Nostrum tour (the best professional meet series out there). She is a delightful person, a mother, a wife and a former Cornhusker.”

Alshammar’s career kicked off with a medal-winning appearance at the 2000 Sydney Olympic Games, and has continued through the years with accumulation of 25 World Championship medals and 43 European Championships medals. The 38-year-old specializes in the sprint events, having seen most of her success in the 50m butterfly and 50m freestyle individual races, as well as a dynamic component of her Swedish squad’s 4x100m medley and 4x100m freestyle relays.

Having ‘out of town’ guests is nothing new for the successful pro group, as Italian breaststroker Lisa Fissneider worked with the Elite team in March for six weeks and prior to Fissneider’s presence, the club hosted Hungarian Olympian Laszlo Cseh in 2014. Frenchman Gregory Mallet for an extended 6-month stay during that same year. The club is also home to foreign athletes Arianna Vanderpool-Wallace (Bahamas), Roy Burch (Bermuda) and Kirsty Coventry (Zimbabwe).

Marsh indicated that two Danish athletes, Pernille Blume and Daniel Skaaning trained at SwimMAC a few weeks ago while Elite mainstay Micah Lawrence trained with Singaporean National Team Head Coach Sergio Lopez. In the immediate future, Marsh tells SwimSwam that Lia Neal and Felicia Lee are headed to SwimMAC after the Duel in the Pool for a brief week-long training stint, while Michael Chadwick and Josh Schneider will partake in at least some portion of training with SwimMAC in January.

According to Marsh, SwimMAC is partnering with a variety of others to enhance the experience and opportunities for the Elite swimmers and others that are eager. In this present climate, Marsh adds, however, that he does not allow dopers, any athletes with USADA/WADA positives, to train in his program.

South Korea’s Tae-Hwan Park had visited with the SwimMAC Elite team in January of this year and considered potentially setting up camp in Charlotte for his long-haul training headed into Rio.  Later that same month after his initial visit, however, it was revealed that the Olympic gold medalist had tested positively for a banned substance in the fall of 2014.

I love the Olympic year musical chairs! It’s always interesting to see who ends up where for the final legs of their quadrennial training. I’m not surprised Neal went to MAC as she’s been stagnating, but Flea has been progressing steadily so I was a little surprised. Unless she has already trained there this year? I thought I remembered her training there at some point.

Felicia is not going to train there leading up to Trials. She is going there to train for a week on her way home. Maybe Stanford is in finals and so she decided to get out of town….or she has friends in Charlotte….making something out of nothing.
Theresa is coached by her husband. She probably is just getting some technique advice. She usually spends the winters in Australia (summer there).

Awesome, they have an amazing group over there. I saw an insane video of Arianna Vanderpool Wallace back squatting 355 pounds. This is insane, I can’t imagine such power in one so sleight of build.