Legend Grant Hackett Joins Phelps In Tempe, Will Compete At US Nats

Grant Hackett is set to join Michael Phelps in Tempe, at least for a bit...cue the ridiculously fast practices! Archive photo via Courtesy of Speedo Australia 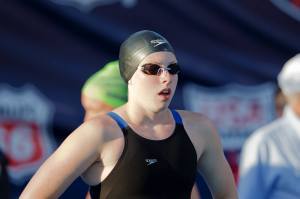 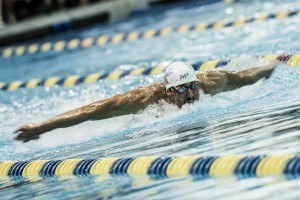 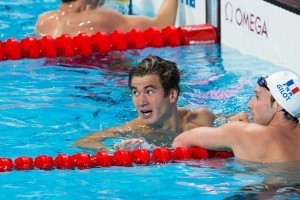 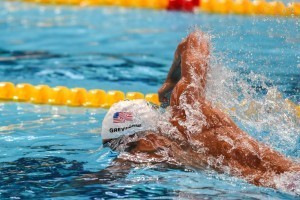 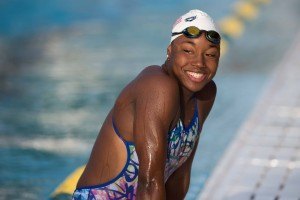 On the heels of the announcement that the greatest Olympian of all time, Michael Phelps, is expecting a baby boy with his fiancee Nicole Johnson, we now know of another new person entering his life, but on the other end of the age spectrum.

The Courier Mail is reporting that Australian distance legend, Grant Hackett, is set to join Bob Bowman’s training squad alongside 22-time Olympic medalist Phelps, starting early next week.  At this point, the plan is for Hackett to train alongside Phelps for at least one-month in an effort to mix up the distance ace’s training headed into Rio.

Earlier this year when describing what prompted his comeback to the sport of swimming after having been retired for 6 years, Hackett divulged that it was actually Phelps who prompted his thoughts of a return to the competitive swim life.  In a conversation with the 22-time Olympic medalist Michael Phelps at the Pan-Pacific Championships last August, Phelps told Hackett, “You should swim again.”  Hackett cites this as the catalyst that got him thinking about taking the proverbial plunge back into formal training.

Of his decision to join Phelps under the Tempe sun for a training camp with Bowman, Hackett says, “Obviously he [Phelps] is the greatest of all time and we’ve been talking about this for some time so I thought I want to make sure I enjoy this (comeback) process as much as I can. There are no guarantees for me. I will be 36 next year and only ever set out to do this to get fit.”

Hackett continued, “Sometimes you can just take things too seriously and breaking up the training a little bit and going to train with the likes of Michael and (his coach Bob Bowman), seeing what they do, it’s good to get some new ideas and see how they approach things. Sometimes it’s good to mix it up a bit and have a bit of variety in your training instead of doing the same thing.”

As of January of this year, Hackett has been in full training with his former coach Denis Cotterell at the Miami Swim Club on the Gold Coast.  Making it clear the move to Tempe is temporary, Hackett says of his long-time coach Cotterell, “Obviously Denis has a winning formula so you don’t want to deviate too much from what he does, but if you have to go to another high performance squad then someone who produces the results Michael Phelps does you know it won’t be too bad. “

The timing is such that Hackett will miss out on the upcoming Australian Short Course Championships next week, but will instead compete at the US Winter Nationals in Federal Way, Washington December 3rd-5th. That means these two historic swimmers could potentially face one another in the 200m freestyle.

The last time Phelps and Hackett swam against one another was at the 2005 World Championships in Montreal, where Phelps came out on top in the 200m freestyle, denying Hackett the chance to earn golds across the 200, 400, 800 and 1500 freestyle events.

Hackett is most likely vying for a spot on the Asutralian squad’s 4×200 freestyle relay, an event in which he competed at this summer’s World Championships in Kazan. Competing in the heats, Hackett led-off the Dolphins with a 1:47.83, a performance with which the pillar of Australia’s swimming past was notably disappointed.

Keeping his comeback in perspective, Hackett comments, “It’s not like I’m a 19-year-old kid going to the Sydney Games where it was the be-all and end-all. I don’t want that attitude, I want the attitude to make sure I enjoy the experience, do everything I possibly can and push myself to the limits to see what my body can produce. I’m seeing bits and pieces of improvement here and there. I hope to keep improving on those times in lead up to trials and see what I can produce tapered and shaved.”

If there was ever an environment for a seasoned swimmer on the comeback trail to maximize his gains, it’s next to the man himself, Michael Phelps.

“we now know of another new person entering his life, but on the other end of the age spectrum.” This makes it sound like Grant is 90. He’s only 36! 🙂

Good for MP. He needs to be pushed on freestyle in training to improve it.

Men’s 50 free final race video. I don’t know if it works outside of France.
http://video.eurosport.fr/natation/video-50-m-nage-libre-la-course-de-florent-manaudou-sacre-de-justesse-devant-clement-mignon_vid396016/video.shtml

Manaudou not happy at all. He’s not much rested for that meet but expected a much faster time. Almost 1 second off his PB. He said that maybe he pays the price of training for the 100 free and starts to doubt about the double next year.