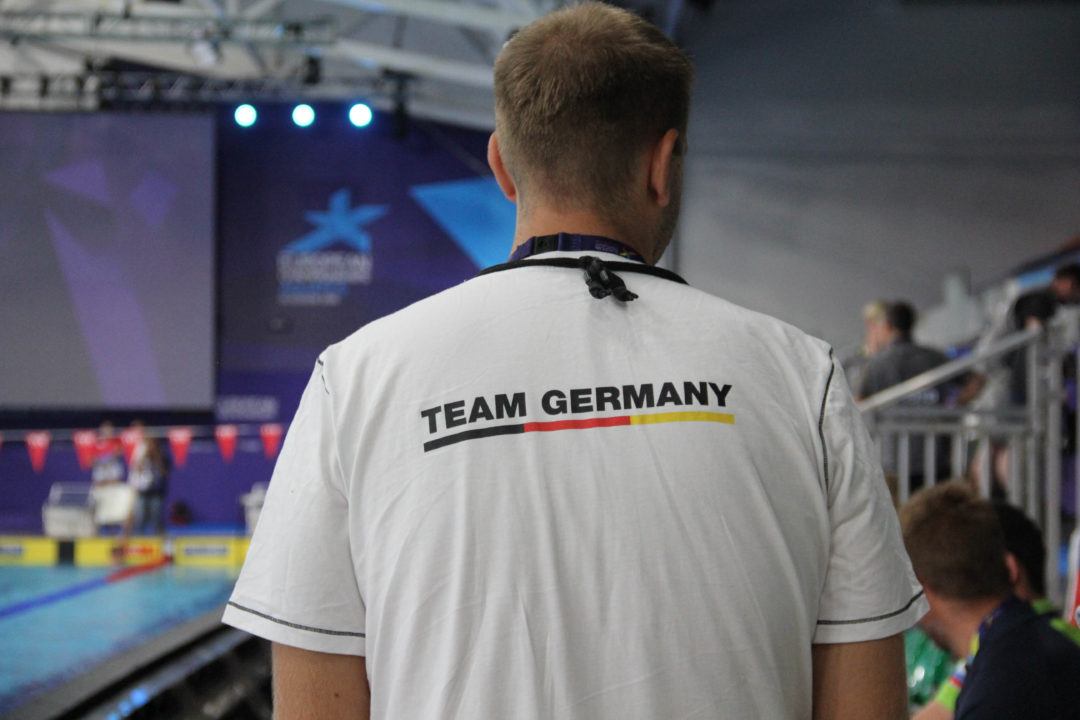 Check out how Sven Schwarz, Claudia Hufnagl, Marlene Kahler and more fared on the final night of the 2020 Berlin Swim Open. Archive photo via Giusy Cisale

The 2020 Berlin Swim Open closed tonight at European Sports Park, but not before a sprinkling of different nations’ swimmers appeared atop the podium.

Finnish Olympian Jenna Laukkanen was among the victors, taking the women’s 200m breaststroke in one of only two sub-2:30 outings. Laukkanen touched in a time of 2:29.19, while Kim Herkle of Germany posted a runner-up mark of 2:29.83.

Laukkannen owns her nation’s standard with the 2:25.14 notched for a 14th place finish at the 2016 Olympic Games in Rio, while Herkle’s personal best rests at the 2:27.66 she put up for bronze at the Luxembourg Euro Meet just this past January.

Poland nabbed a gold tonight, courtesy of Michal Chudy in the men’s 100m fly. Chudy touched in 53.26 to beat Germany’s Ramon Klenz by just a fingernail, as Klenz settled for silver in 53.27. The pair were the only swimmers under 54 seconds tonight.

Her teammate Marlene Kahler, the woman who cracked a new 800m free national record last night, added another gold to her Berlin Open haul. Kahler hit the wall in 2:00.54 to take the women’s 20m free ahead of Aleksandra Knop, who was also just over the two-minute mark in 2:00.84.

Germany’s Maya Tobehn, the 2019 European Junior Championships bronze medalist in this event, rounded out the top 3 in 2:00.85. Last year in Kazan she clocked a time of 1:59.72, so tonight’s effort was just over a second off of that result.

Another medalist from those European Junior Championships, Sven Schwarz of Germany, was golden again tonight, adding the men’s 800m free prize to his 1500m free and 400m free victories here.

Touching in 7:59.26, Schwarz beat the field by well over 11 seconds and produced the 2nd fastest time of his career. Tonight’s performance marks just the 2nd time the 17-year-old has been under the 8:00 threshold, with his 7:59.26 from tonight sitting behind his PB of 7:53.74 from Kazan last year. That logging gave him the bronze at the aforementioned Euro Juniors.