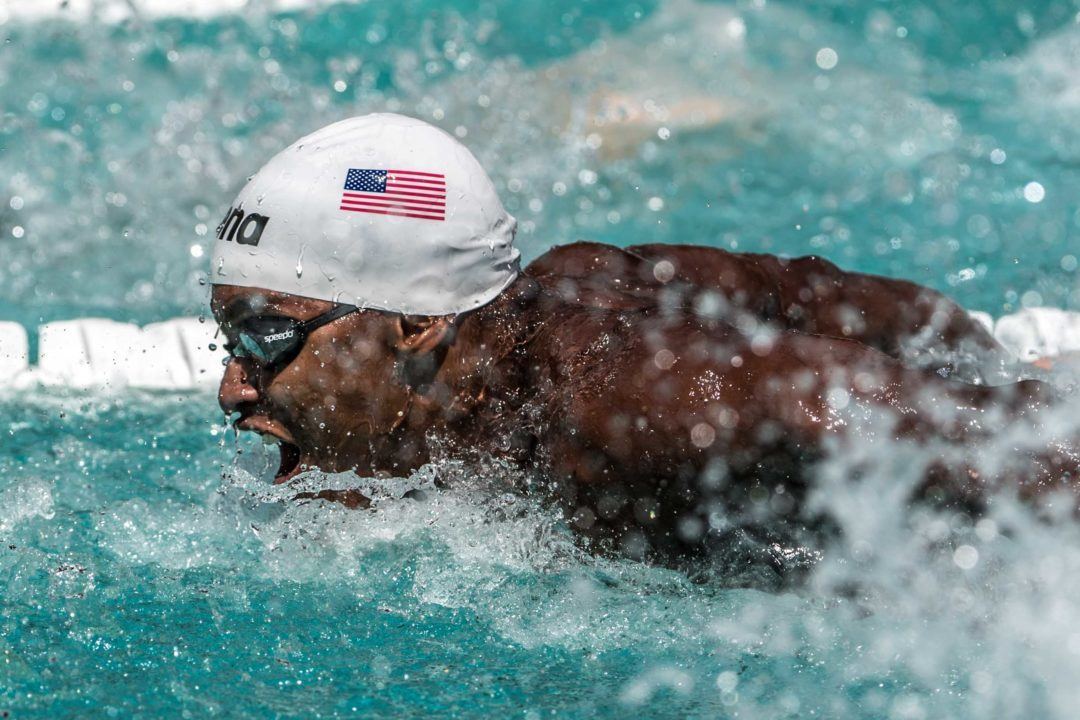 Ashley Twichell and Chip Peterson each took the top spot on the podium for the fourth time this weekend by claiming the win, and the $1200 prize, in the 1650 freestyle.  Open water specialist Peterson once again made the longest pool swim look like a warm up, winning the event by 25 seconds at 15:17.45, while Twichell cranked a stellar 15:42.16, finishing less than seven seconds away from her personal best.

Bryce Bohman claimed two wins in the Sunday session, completing the sweep of all three backstroke events by winning the 200 in 1:45.90 and the 50 in 22.02.

Giles has been underwhelming lately

The pool had air quality issues through out the meet. By Saturday night finals so many of the swimmers where outside in the lobby just to get some fresh air.
The meet was well run and fun format with the shootout. Hopefully it wI’ll be looked into would love to go back next year.

I believe Peterson’s time is not correct.