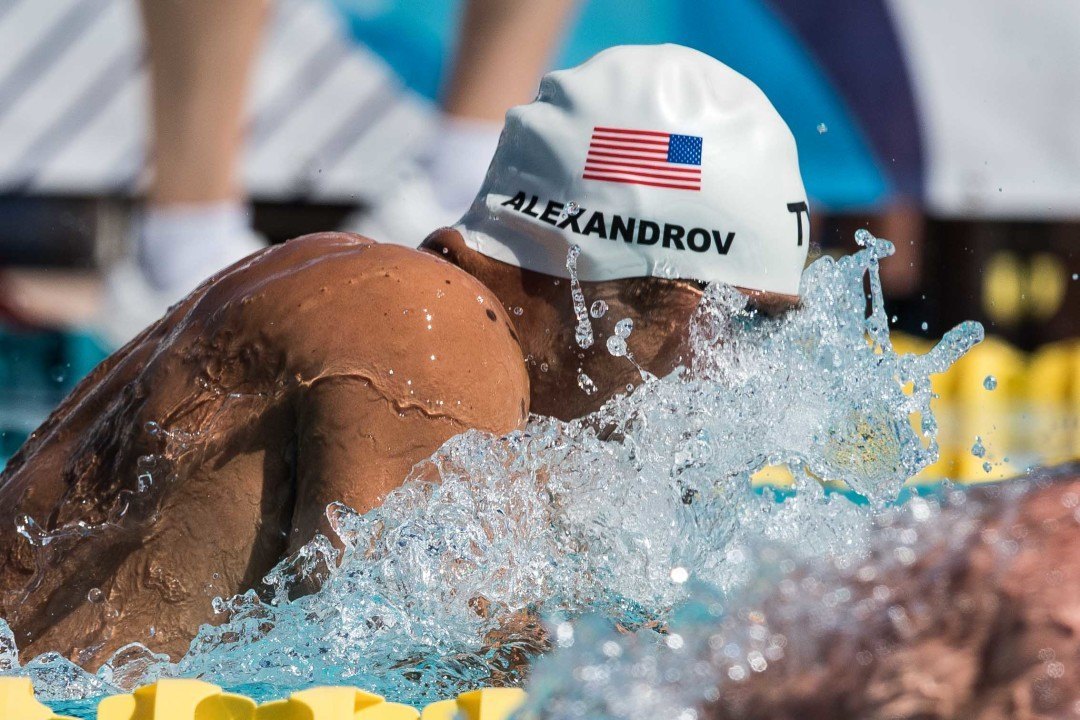 While there were several incredibly exciting races at the Saturday finals session of the 2016 KMSC Pro-Am Classic, the main draw is the popular 50 freestyle shootout, made more intense by the $1200 top prize offered to professional athletes.

The women’s bracket for the 50 free A-final was entirely made up of amateurs, and ended with Jade Kneuppel (23.49) from Schroeder Y out-touching Springfield Aquatic’s Molly Moore (23.73) for 3rd.  The battle for the top spot was taken by Megan Keil from Wichita Aqua Shocks who got faster in every round.  She was the only swimmer below 23 seconds in the event, with her 22.92 defeating LOBO’s Sara Vianco (23.63) head to head.

The third place finish in the men’s 50 free shootout went to ATAC’s Ryan Bailey (21.52,) who won the match-up against FAST’s Brandon Baron (21.54) by just .02.  The race for the overall title featured two professional athletes putting on a show, as Mindaugas Sadauskas took his second win for the weekend at 19.64, ahead of Chuck Katis at 20.30.

Other highlights from Saturday finals: