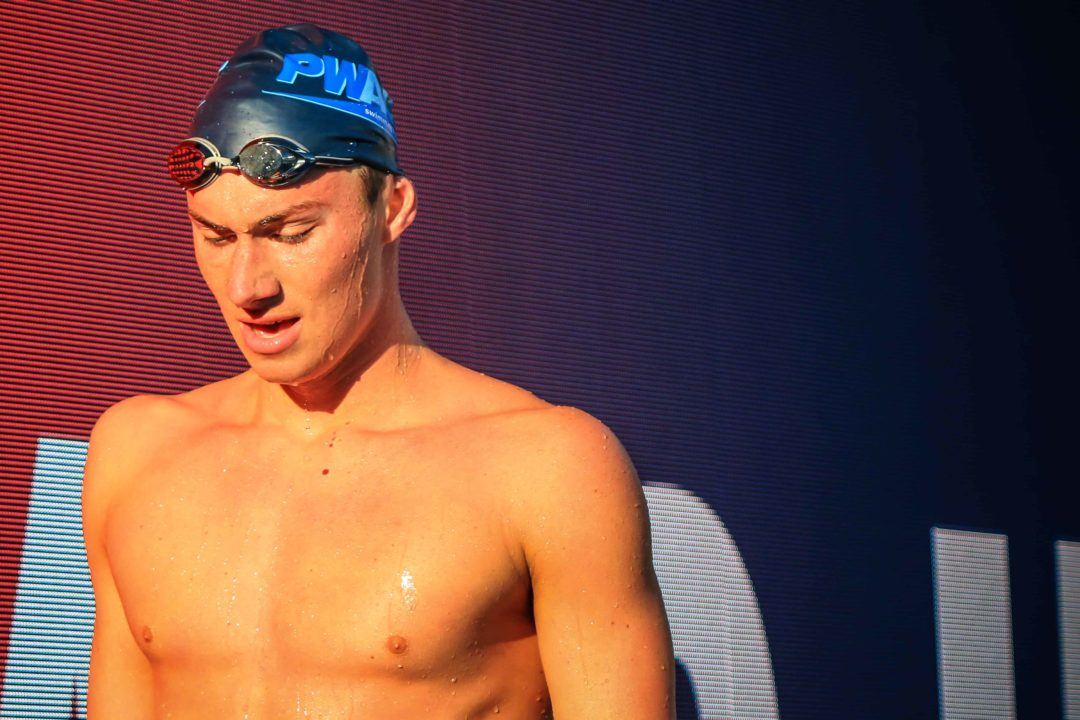 Andrew Abruzzo (above) swept the boys' 400, 800, and 1500 meter freestyles at the 2019 World Junior Championships in Indianapolis. Archive photo via Jack Spitser/Spitser Photography

Mitch Dalton, the USA Swimming National Jr Team Director, announced via Twitter on Friday that the 2019 Phillips 66 Nationals meet in Palo Alto, CA will be the United States’ selection meet for the 2019 FINA World Junior Championships in Budapest, Hungary. Phillips 66 Nationals will be held on July 31st-August 4th, 2019, and World Junior Champs will be held August 20-25th, 2019.

🚨ANNOUNCEMENT
(RT to spread word):
Consistent with quad strategy, the selection meet for
2⃣0⃣1⃣9⃣ World Junior Swimming Championships will be:

To be eligible for selection, the swimmer must be a U.S. citizen and USA Swimming member that is either a boy aged 15-18 years old, or a girl aged 14-17 years old on December 31st, 2019. Specific selection criteria for World Juniors in 2019 have not yet been announced; however, this is what the 2017 (the last FINA World Junior Championships year) criteria looked like:

“The maximum team size is 26 men and 26 women. Swimmers will be selected based on these three priorities (‘Olympic’ events don’t include the recent addition of the men’s 800 and women’s 1500):

If the full team size is reached prior to all three priorities being utilized, swimmers will be selected based off of priority and world ranking.”

These criteria are often handcuffed that athletes already competing on more senior teams are excluded from World Junior Championship selection, though with the meet being hosted in the US in 2017, USA Swimming changed that policy.

Our full post on the 2017 selection criteria can be found here.