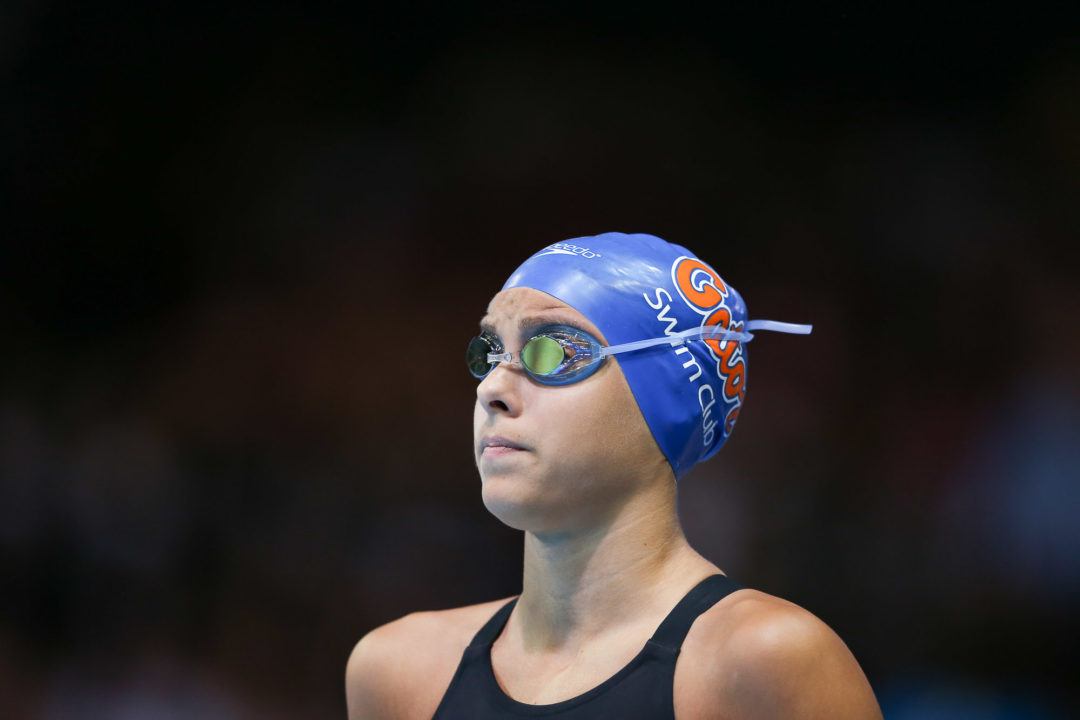 16-year-old Isabel Ivey is one of the favorites to be named to the American World Junior Championship team. Archive photo via Tim Binning/TheSwimPictures.com

While some of the U.S. juniors will be vying for a spot on the World Championship, reaching that level is still a few years away for most of them. Next week in Indianapolis the junior swimmers will also have an opportunity to qualify for the World Junior Championships, which will also be held in Indy in late August.

The maximum team size is 26 men and 26 women. Swimmers will be selected based on these three priorities (‘Olympic’ events don’t include the recent addition of the men’s 800 and women’s 1500):

If the full team size is reached prior to all three priorities being utilized, swimmers will be selected based off of priority and world ranking.

The meet is set to take place from August 23-28th in Indianapolis. Unlike the World University Games, swimmers can qualify for both Worlds and Junior Worlds individually.

Check out the full criteria breakdown via USA Swimming here.